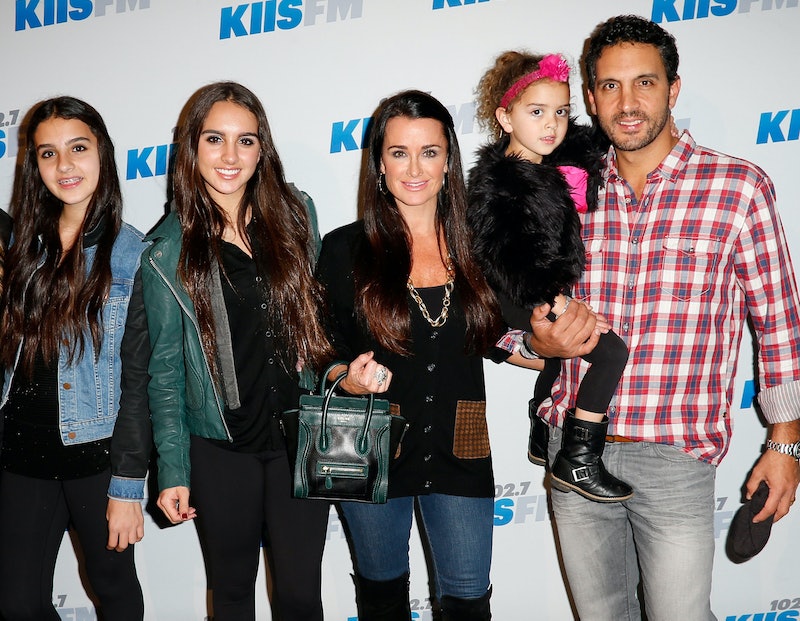 Our little baby's all grown up. OK, Kyle Richards' daughter Alexia Umansky is not so much our child as she is Kyle's, and we've only been watching her grow up for the four years that The Real Housewives of Beverly Hills has been on TV. But I still can't help feeling a little bit sentimental knowing that Kyle's daughter has graduated high school and is about to leave for college on RHOBH . It brings a tear to the eye.

Even though Alexia is not Kyle's first child to leave home (her oldest daughter with her first husband, Farrah Aldjufrie, is 26), it never gets any easier seeing your children leave the nest. I can only imagine that Kyle is going to be a mess as she prepares for Alexia's departure for college in the Dec. 30 episode of RHOBH. As it should be.

But which college is Alexia attending, anyway? Maybe it's close enough to home in California where she could visit her mama every weekend. Of course, there is the possibility that Alexia is moving halfway across the country to pursue her higher education.

Alexia won't be going to school right next door to her parent's house, but she won't be terribly far away from home either. Alexia is currently a freshman at the University of Arizona in Tucson, a large public university boasting more than 40,000 undergrad and graduate students.

Season 5 of RHOBH started filming last summer, just as Alexia got ready to start her freshman year. Now that she's been at school for a few months, it looks like she's doing just fine on her own. Here's what Alexia has been up to in college so far.

She Has the Coolest College Digs in the World

Is this for real? Alexia's room looks like how dorm rooms look in movies.

She Has the Best Roommates

Hopefully, that's not one of those passive aggressive Post-It notes roommates sometimes leave.

She's in a Sorority

Alexia is a member of Alpha Phi, to be precise. It looks like she's made a lot of new friends, too, as one typically does when entering a sorority.

Here she is at the Oct. 11 football game where the University of Arizona Wildcats took on the University of Southern California Trojans. The Wildcats ended up losing this game, and it looks like Alexia didn't feel like posting a reaction photo to the outcome, which is understandable.

She Had a Little Accident

In November when Alexia was visiting home, she unfortunately suffered some dog bites from her aunt Kim's pit bull Kingsley, whose misbehavior has been featured on RHOBH previously. Alexia was taken to the emergency room, and after a few days, she was fine.

She Went Home for the Holidays

Like just about every college student, Alexia is on winter break right now, which means celebrating the holidays with your family at home, catching up with old friends, and eating lots of good food.

So if you get concerned about Alexia as she prepares to leave for college this season, don't worry. We know she's doing just fine.