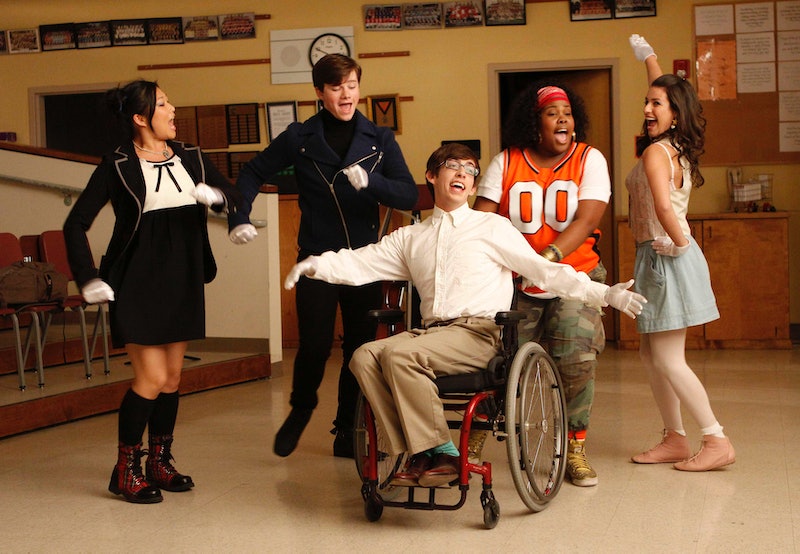 If you were once a fan of Glee, or if you’re a fair weather fan, or simply one whose lost interest as of late, you may be intrigued to know that Glee will air its final season premiere on Friday, January 9th. Some basic info: It’s 2 hours long, a majority of the original cast is back, and by the looks of the two short promos that have been released, it seems, well, promising. And that observation is given even in spite of my skeptical, cautiously optimistic standards. Now, I may be speaking too soon, but I think that Season 6 may just be this show’s chance to get its mojo back.

But, if you’re still not persuaded to tune into the season premiere, perhaps it’ll do you good to revisit some of the series best episodes in order to renew your interest. After all, it’d be a shame to let a show that you invested so many years in go without proper closure or a chance for it to prove itself to you one last time. So, in an effort to revitalize your long lost or stagnant Glee love, here are some episodes you should watch in the days leading up to the premiere that would make even Sue Sylvester relent and give the Glee Club another shot.

Why: A formal introduction to the overbearing, annoying, self absorbed and yet uniquely endearing antagonistic protagonist, Rachel Berry. It's a refresher on how far she's come.

Why: While not all pilots shine so brightly, this one serves as a seamless prologue to what the show wanted to establish itself as (for the first three seasons, at least).

Why: If not for anything else, do it for the awkwardly amazing performance of Salt n' Pepa's "Push It." But, also because it's the second episode of the entire series (so, really the first one barring the pilot) and it establishes a real, binding connection to the otherwise totally unorthodox main characters. You're reminded why you got hooked in the first place.

Why: The on point Journey covers, but more importantly, the romance. For a lack of a better phrase, the chemistry between Lea Michele and Cory Monteith was off the chain.

Why: A 90's kid's dream reboot of all of Britney Spears's classics and a first row seat to Heather Morris's insane dancing skills.

Why: One of those episodes where Glee succeeds in tackling a serious topic (in this case, religion) without it feeling like an after school special and maintaining it's ironic humor.

"Blame it on the Alcohol"

Why: Hands down the funniest episode of Glee to date.

Also, the pronunciation of Ke$ha as "Key-Dollar Sign-Ha." Which is totally logical.

Why: Mr. Schue's epic swimming pool proposal to Ms. Pillsbury to Rihanna's "We Found Love." And Finn's premature, simple and yet just as sincere proposal to Rachel. *Sigh*

Why: The seniors graduate, the Glee Club FINALLY gains acceptance from the whole school despite years of being tormented, and the feels are all kinds of real. It sort of feels like you're graduating with them.

Why: Every single couple on the show breaks up. And, while that should suck, it was done to angsty perfection.

Why: The sexual tension abounds.

Why: A proper and unfortunately necessary goodbye to the beloved Finn Hudson. And, a reminder that despite the glaring loss, they've all soldiered on and perhaps deserve to be cut a little slack.