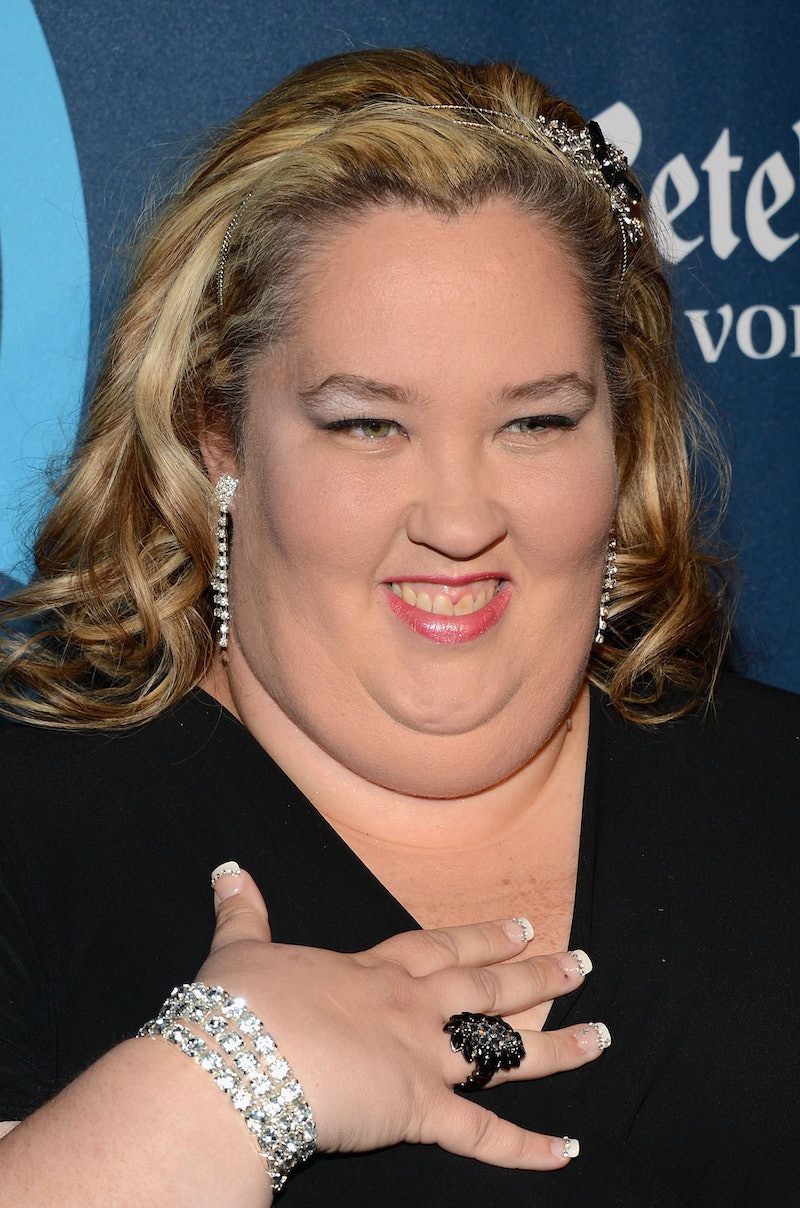 As you all know — unless you’ve been in hiding somewhere — things have not been going so well in Honey Boo Boo’s household. After Mama June and Sugar Bear split in a not-so-amicable breakup earlier in the year, and when word spread that Mama June was dating a registered sex offender, Mark McDaniel, who allegedly sexually assaulted her daughter Anna Cardwell, the family lost their show on TLC and began to have strained relationships with one another. Since then, it’s been unclear as to whether or not Cardwell would keep in touch with her mother since she made sure to comment on how betrayed she felt in an interview with E! News, but according to recent pictures from TMZ, it looks like Mama June and Anna Cardwell have reunited.

However, their reunion didn’t exactly occur so they could just patch things up. Instead, it appears that Cardwell has finally received the money she was seeking from her mother after claiming that Mama June was keeping it from her. Yet as Mama June tells it to TMZ, she hadn’t stolen Chickadee’s money but rather used it to pay for her daughter’s phone bills, rent, and so on.

Now, Cardwell has a $15,400 check made out to her, which was her last paycheck from the show, according to Mama June. Though the picture featured on TMZ’s website doesn’t reveal Cardwell in the happiest of moments, she definitely doesn’t look upset either. Although this absolutely doesn’t make up for her mother’s actions, Mama June told TMZ that the two have “agreed to move on” and that Cardwell brought along her daughter Katilyn, which she had refused to do in the past following Mama June’s relationship with McDaniel.

After news that Mama June and Sugar Bear may get back together, and after this brief reunion between mother and daughter, perhaps things are looking up for their family. I just hope, for everyone’s sake, that they all make the right decisions as individuals and that Cardwell does what’s best for her own family.

More like this
Molly-Mae Hague & Tommy Fury Celebrate Pregnancy Reveal In The Sweetest Way
By Sophie McEvoy and Sam Ramsden
Kendall Jenner Thinks Tristan Thompson "Wanted To Trap" Khloé With Another Baby
By Jake Viswanath
Clayton & Susie Broke Up, Citing "A Significant Amount Of Pain" After 'The Bachelor'
By Jordyn Tilchen
‘The Ultimatum: Queer Love’ Is Officially On The Way
By Radhika Menon and Kadin Burnett
Get Even More From Bustle — Sign Up For The Newsletter