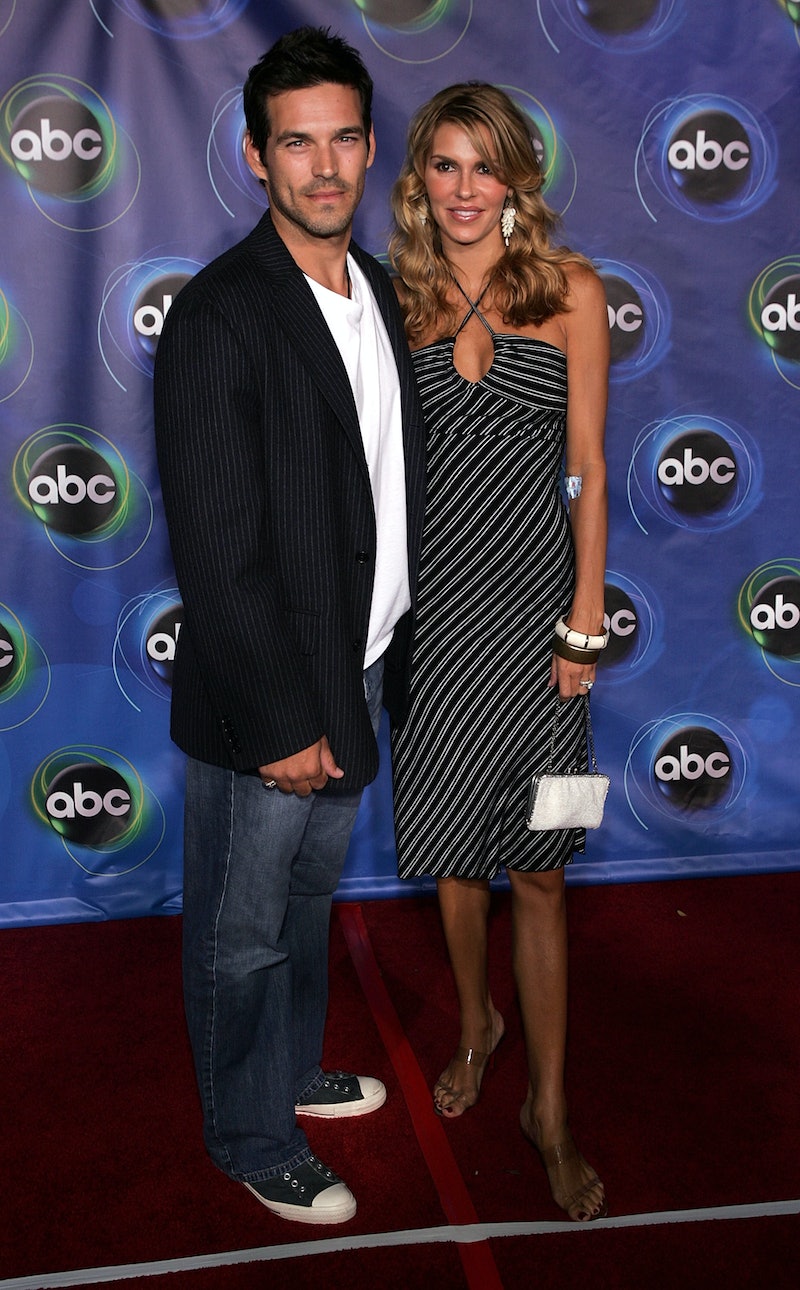 Brandi Glanville and her ex-husband Eddie Cibrian have always had an explosive relationship, especially since Bravo got involved a few years ago. And Bravo should thank the Glanville/Cibrian clans, since they've been able to anchor a whole programming block, from The Real Housewives of Beverly Hills through Vanderpump Rules, using their marital woes as the jumping off point for soap opera antics. But lately, Eddie and Brandi actually seem to be getting along. Even Cibrian's current wife, Leann Rimes, hasn't made headlines for feuding with Glanville in a while.

But that doesn't mean that Eddie has fully buried his tabloid-courting ways, because there are new rumors circulating that he's starting an affair with a younger woman. Cibrian is working on a ABC Family show called Baby Daddy , and his costar and onscreen love interest is a 26-year-old blonde woman named Chelsea Kane. Maybe the rumors started because the last two times he encountered a 26-year-old blonde women, he married them. And, just like Glanville was a successful model when they hooked up and Rimes was a well-known country music star, the guy has a knack for marrying talented women.

Here's a clip of Baby Daddy, which honestly doesn't say much about the current state of Cibrian's acting career.

But none of these rumors have shown to have any truth to them, and for once, they have nothing to do with Glanville. Her olive branch from the upcoming episode of RHOBH is seemingly being extended to everyone. For a woman who built her entire career on yelling at Lisa Vanderpump and writing books about why Cibrian is a huge jerk and divorce is totally worth it, she's remarkably chill at the moment. What's prompting this new willingness to forgive and forget?

Maybe it's her new rivalry with Kenya Moore on The Celebrity Apprentice . The two have been exchanging insults across social media for months now. Or, maybe Brandi is just finally over the whole thing — she does share custody of her children with Cibrian.

On a recent episode of Watch What Happens Live , Brandi even paid Eddie a (sort of?) compliment. She admitted that even though Cibrian is a total dog, he's also pretty "good at what he does," which she clearly meant as a way of saying he's well-endowed. You know what, that's incredibly mature of her to say. Admitting that your ex was a jerk? Not that hard. Admitting that your ex was a super hot jerk? Very generous. Brandi must have been moved by the holiday spirit.