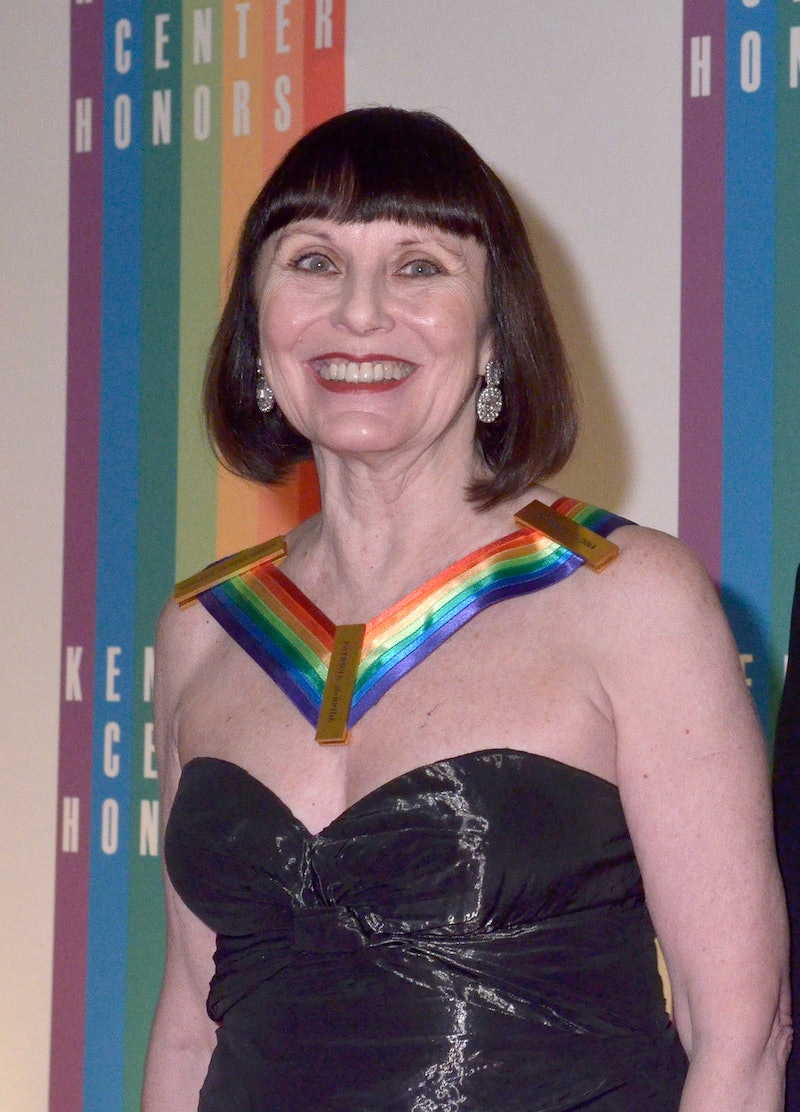 Being a ballerina isn't all tutus and twirling. Though it's designed to look light and effortless, ballet is the most difficult and competitive form of dance there is. To rise to the top of the pack, as new Kennedy Center Honoree ballerina Patricia McBride did during her career at the New York City Ballet, it takes a special gift — and a ton of dedication. Along with actors Tom Hanks and Lily Tomlin and singers Sting and Al Green, McBride just became one of the five newest artists to receive a Kennedy Center Honor in 2014, which rewards entertainers whose work has made a positive impact on American culture.

McBride definitely qualifies. The 72-year-old ballerina has had one of the greatest professional dance careers in American history. She turned pro at just 16 years old, and by 18 she was the youngest principal dancer in the New York City Ballet. (On the other hand, when I was 18 years old, my greatest achievement was not failing gym, which is probably why McBride received a Kennedy Center Honor this year and I did not. No hard feelings though.) Such an icon deserves to be celebrated. Let's take a look back at McBride's historic career, and check out what she's doing now.

What do you need to know about Patricia McBride?

She Was Balanchine's Muse

George Balanchine, often called the "father of American ballet," was one of the greatest choreographers of the twentieth century. He took McBride under his wing, and made her the youngest principal dancer in his company — the New York City Ballet. Yeah, he was kind of a big deal, and he made McBride kind of a big deal too. Balanchine was given a Kennedy Center Honor the first year the awards were created, in 1978. Now that McBride has gotten one as well, her career has come full circle.

Balanchine isn't the only man who worked with McBride. The other founder of the New York City Ballet, Jerome Robbins, also choreographed numbers for her, and even created new roles just for McBride herself, including one in The Four Seasons, one of his most famous works. She also danced with Mikhail Baryshnikov or, as you may remember him, the sexy Russian whom Carrie almost married instead of Big on Sex and the City. Yeah, that guy was a real dancer — and a really good one at that.

Now She's Her Own Boss

McBride retired from dancing professionally a few decades ago, when she was 46. Now, she and her husband (fellow ballet dancer Jean-Pierre Bonnefoux) run the Charlotte Ballet in North Carolina. The Ballet even renamed its theater after them. The two former principals instruct up-and-coming dancers, and also provide dance programs for the community and at-risk youth. Even in her 70s, McBride's still got it.

More like this
'The Bachelor's Peter Weber & Kelley Flanagan Are Reportedly Back Together
By Grace Wehniainen
Gisele Bündchen Appears To Address Those Tom Brady Divorce Rumors
By Radhika Menon
At 14, Jurnee Smollett Was Taking Meetings With Missy Elliot & Lauryn Hill
By Chloe Foussianes
Devon Diep From 'Bling Empire' Wrote A Song About Her “Second Chance At Love”
By Grace Wehniainen
Get Even More From Bustle — Sign Up For The Newsletter