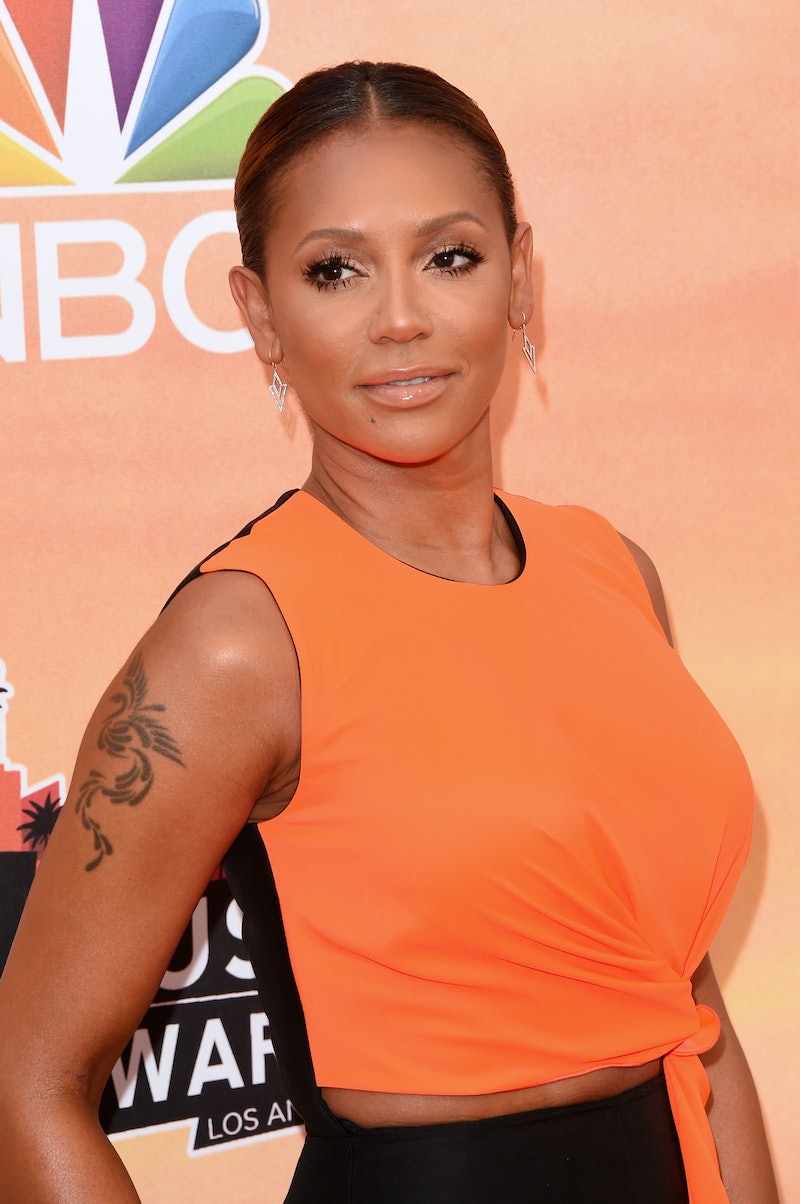 Melanie Brown is practically beloved by former '90s children like myself for spicing up our lives as Scary Spice in the British pop girl group the Spice Girls all through the decade. However, she has been the subject of some disturbing rumors as of late. Word on the street is that Mel B's husband Stephen Belafonte has been abusing her, a story that was seemingly corroborated by the fact that she moved out of their London home in early December. Although Belafonte spoke out against the rumors, they continued to persist — until the woman herself addressed them. In an Instagram post on Sunday, Mel B slammed the domestic abuse rumors in just about the classiest way possible, hopefully putting them to rest for good.

The post included a picture of a smiling Mel B cozying up to Belafonte, who is also smiling in the shot. The exact details of the situation are complete speculation at the moment with very little to back any of it up, but Brown was reportedly rushed to the hospital in early December and later emerged for an episode of the X Factor during which she looked "bruised," "scratched," and was not wearing her wedding band. Mel B's sister, Danielle Brown, was reported by US Weekly to have tweeted a threat to take recordings of "abusive phone calls" from Belafonte to the press if she were not allowed to see her sister.

It was a terrifying situation to follow, but it was terrifying only due to a lack of information making insidious speculation all too easy. Now, from her Instagram post, it appears that Mel B's fans and the media has run wild with a story that she was too ill to defend against, which is a tragedy for her and for her family. At this point, the important thing is not the domestic abuse rumors that have been denied by Belafonte and now by Mel B herself; the important thing is that her recovery from her mysterious illness is going well and she seems to be on her way back to 100 percent health.

Abuse is a very serious charge to throw around in a speculation and, unless there is actual proof that the rumors are anything more than just rumors, then the most respectful thing we can do for Mel B and her family is to lay this story to rest once and for all. She seems happy, she looks healthy, and she is denying the abuse rumors in the most definitive way that she can. Hopefully, that will be enough for everyone to move on.