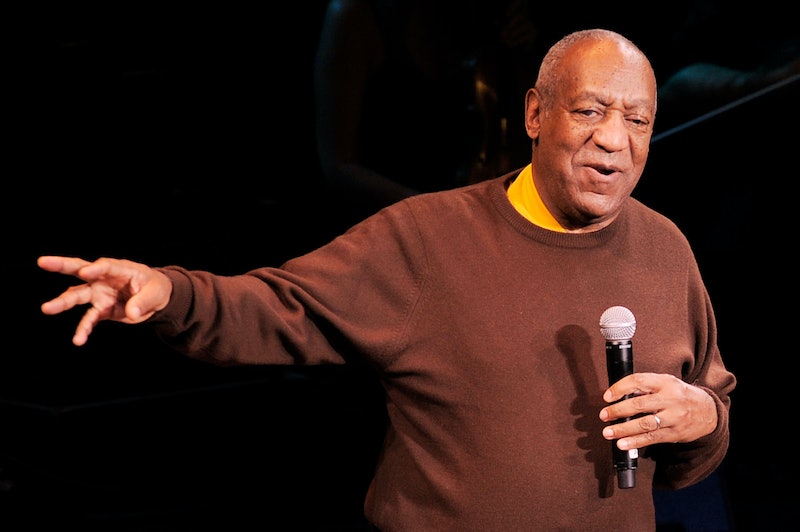 If current reports are to be believed, then Bill Cosby is finally fighting back against the numerous women who have been brave enough to come forward with claims that Cosby drugged and sexually abused or raped them. Sadly, these claims took place too long ago for the comedian to be taken to court over them, but somewhere between 20-30 women have spoken out about their experience and, for the first time in almost 20 years, their voices are being listened to by the public. In response, Cosby has chosen either silence behind an official statement of denial from his legal team or an expression of disappointment in the media for their lack of support. Now, according to the Wrap, Cosby is allegedly hiring private investigators to discredit his accusers.

As always, it's important to bear in mind that this information originates in a Page Six report and thus should be taken with a grain of salt. However, according to the rumor, Cosby "is paying six-figure fees to private investigators for information that might discredit his alleged victims" and "is implementing a scorched-earth strategy in which anything negative in his accusers’ pasts is fair game." The Wrap adds to the story by noting it is written by freelance reporter Stacy Brown, who Cosby's lawyers accused of tricking the comedian into making unwarranted comments about the "black media."

On the off chance this rumor is true, it would be a depressingly tried and true method of defense in cases like this one. Often when a woman speaks out against their sexual abuser or rapist, people seize upon anything about either the victim or the circumstances of the rape in order to say that the victim wasn't really raped at all. That phenomenon of victim-blaming or victim-shaming is how we get stories like the case of alleged victim Linda Joy Traitz, whose criminal history was cited as a reason not to take her story seriously. However, I'm not sure how effective this method of discrediting the victims will be for Cosby if this rumor is actually valid.

In the first place, it's much easier to discredit one person than it is to discredit over 20 women, especially when a handful of those women are documented as having come forward to speak out against him before or are documented as having been willing to testify against him anonymously in the past. None of the victims have anything to really gain from speaking out against him and, again in the case of the women who are speaking out for the second time, they've already dealt with the pain of the media attention and subsequent public inattention. Speaking out once is hard enough, but doing it more than once knowing for a fact how easily people can stop caring? That's hard.

Whether this latest rumor is true or not, the official statement from Cosby and his legal team remains the same.