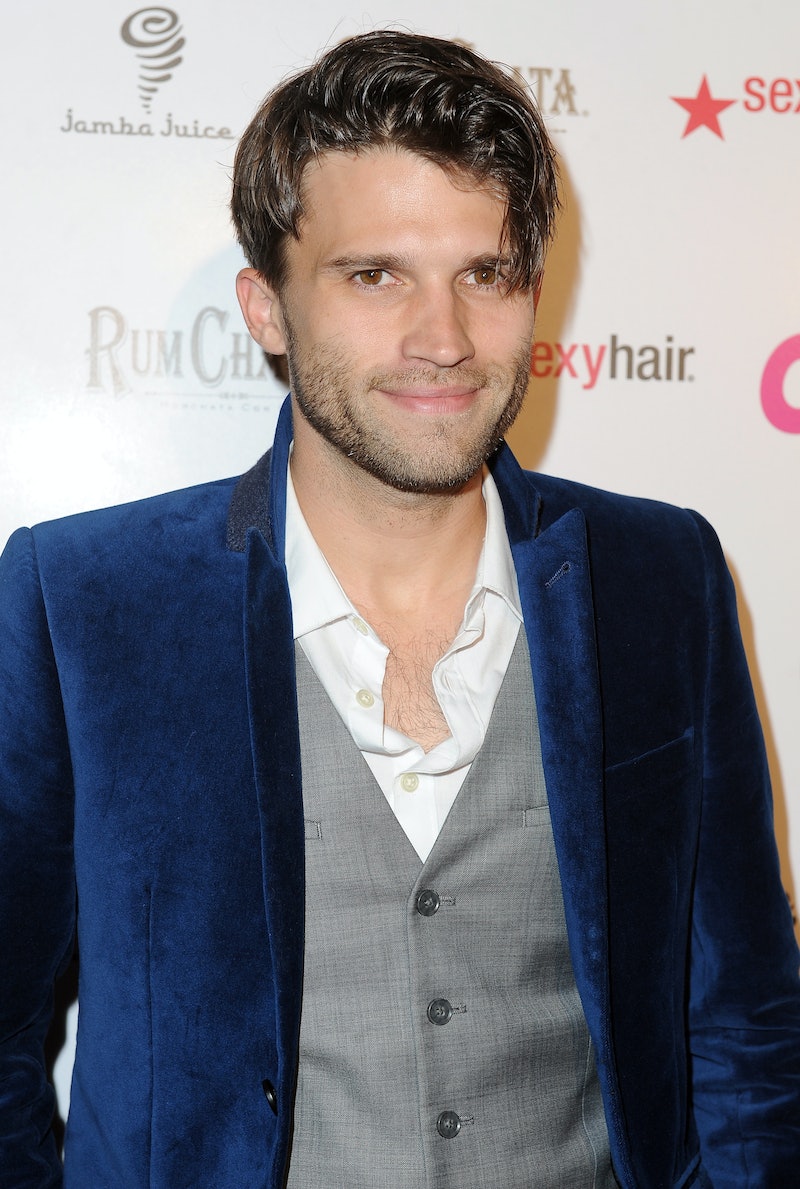 Gossiping is like breathing on Vanderpump Rules. It needs to happen or we simply cease to exist. This season on Vanderpump Rules , Tom Schwartz and Katie have been put under the microscope in terms of who cheated on who (if someone cheated) and if their relationship suits everyone but them (I'm looking at you, Jax). One of the confusing things to me, and Stassi (and everyone else in the world minus Tom Schwartz), is how Tom can still be friends with Jax after Jax disrespected his girlfriend, Katie, not once, but multiple times.

Look, I'm on the side that says Katie is a strong independent woman, and can stand-up for herself when it comes to someone like Jax, and I think she is doing so, but — and this is like an "Anaconda"-sized but — Tom Schwartz shouldn't like someone who is a jerk to his girlfriend. That's what Stassi is trying to get into his head, and that's something we saw Katie struggle with when talking to Lisa in the past week's episode. Tom takes the side that it wouldn't fix anything if he weren't friends with Jax, but is the final straw about to be placed on the camels back when it comes to Jax and Tom Schwartz's friendship?

Nope. These two are still as tight as can be, which if you feel as emotionally invested in this TV show as I do, infuriates you. I know, it's totally Tom's decision to be friends with Jax but how? Why? What?! TOM SCHWARTZ, I NEED ANSWERS.

Earlier in December, Jax posted this photo of the two together on Instagram. Considering all of the drama between him and Katie went down in July-ish, it looks like they have worked out whatever issues they may have had (Oh, that's right, they had no issues because Tom wasn't mad at Jax at all. At. All.) to ring in the new year.

And while the quality is as clear as Jax's memory after a trip to San Diego, he also posted this photo of Tom Sandoval and Tom Schwartz on Christmas wishing us a happy holidays together.

Clearly Jax can do no wrong in Tom Schwartz or Tom Sandoval's eyes (let us not forget the Kristen and Jax incident at the end of Season 2 of Vanderpump Rules). Or if he can do wrong, people clearly have no problem forgetting Jax's wrong doings. What's next? Stassi and Jax elope?

More like this
Kourtney Kardashian Says She “Loves” The Changes To Her Body Caused By IVF
By Jake Viswanath
Kim Kardashian Reveals Her Response To Kanye’s Fashion Opinions
By Jake Viswanath
Kesha Is Down To Be The Next Bachelorette
By Jake Viswanath
The 'Love Is Blind' Season 3 Trailer Teases A Possible Fiancée Swap
By Kadin Burnett, Grace Wehniainen and Gabrielle Bondi
Get Even More From Bustle — Sign Up For The Newsletter