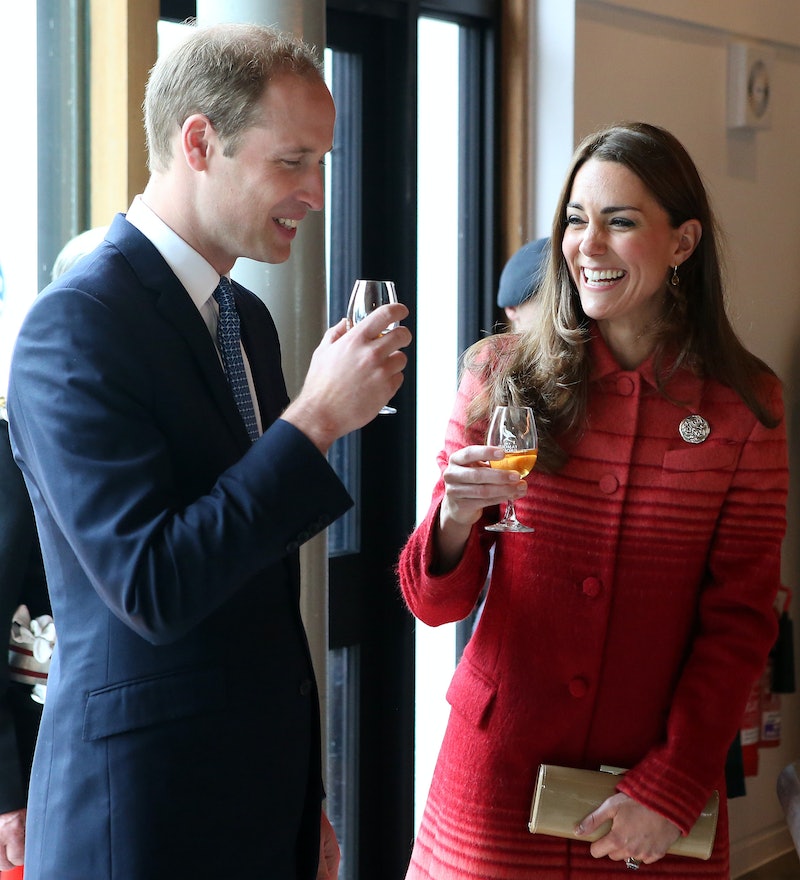 Am I the only one who is finding it absolutely incredible that we're coming to the close of another year? How 2015 snuck up on us so quickly, I'll never know. In the entertainment world, the year 2014 has been marked by surprise pregnancies, surprise weddings, and surprise performances, but there are many more surprises in store in the upcoming year. While I already have my fingers crossed that 2015 will bring even more celebrities giving us feminist quotes to live by, that's not the only thing I'm looking forward to seeing. After all, ABC Family is kicking my new year off right with Lizzie McGuire and The Cheetah Girls, so I'd love it if the rest of the year went as well as that.

The best thing about the new year is that it's a fresh start. A clean slate. A bountiful basket of goodies that we get closer and closer to the release date of with every passing second. It might be sad to say goodbye to 2014 (or it might not be), but 2015 is a new adventure — both in our lives and the lives of the celebrities we so love to stalk. So when it comes to the lifestyles of the rich and famous, what exciting things are still to come in 2015? Well, I'm no psychic, but here are the things I'm looking forward to and the things I'd like to see happen.

1. Prince George Gets a Sibling

Kate Middleton is due to have her second child some time in March or April of 2015. Fingers crossed that she does not miss the opportunity to name the child Fred if it's a boy.

It's still going to happen, you guys. Just you wait.

We all know this is coming. It's just a matter of time before she has a small kitty army.

To be perfectly honest, like Twilight before it, I am more excited about Fifty Shades of Grey's soundtrack than I am about the film itself. That "Crazy in Love" cover just had so much... oomph.

J. K. Rowling is done giving any bonus information from the Harry Potter series for the year of 2014, but there's more to come on Pottermore in 2015. Hopefully, it won't be another bombshell like that little Ron/Hermione backtrack.

We're already calculated how many Duggars there will be in 25 years, but Jill Duggar is next one who will add to the clan. (Her baby that is due some time in March, for the curious.)

I don't know about you, but I've had all the New Directions I can possibly handle. Glee was great when it first came out, but the quality has steadily declined to such a point that I'm glad the the next season will be the final send-off.

Taylor Swift started out 2014 as one of the most mocked celebrities out there and now she's a media darling. Can the same thing finally happen to One Direction in 2015? When will it finally be cool for me to have a 1D poster in my room?

11. Nick and Jess Get Back Together

Yes, this is important and, yes, this is going to happen in 2015. I believe in true love.

Chris Pratt will be starring in Jurassic World in 2015, but, even beyond that, I'd love to see him continue to ride his star power into the new year. Look at him.

Benedict Cumberbatch is getting married! I'm looking forward to the wedding if only because I have my fingers crossed that Tom Hiddleston will be his best man and a video of the toast will leak onto the Internet for us all to enjoy.

Can you believe Ryan Gosling and Eva Mendes have been rumored to be parents since October 2014 and we still haven't caught a glimpse of their baby yet? How rude.

All right, so Ashton Kutcher and Mila Kunis have already technically shown us a picture of Wyatt Isabelle Kutcher. But, considering it was buried among numerous other baby pictures, I'm going to go ahead and say that was cheating.

This will be like George Clooney getting married all over again.

17. Kendall and Kyle's Next Book

Isn't Rebels: City of Indra: The Story of Lex and Livia going to be a trilogy like every other YA dystopian these days?

Kim Kardashian is joining in the publishing game with her collection Selfish. Guess what the book is made up of? I bet you can't guess. (It's a collection of her selfies.)

Since all the other Kardashians already did it, I foresee Kanye West debuting his own book in 2015. It will be called I Am Kanye West and it will be completely blank. You're supposed to buy it because it has Kanye's name on it, duh.

Make sure you remember to tell Aaron you think his hair looks sexy pushed back.

For some of us (cough, me, cough), this will be our first opportunity to watch Friends at our own pace from start to finish. For others, this is a beloved show that was a long time in coming to Netflix.

22. Orange is the New Black

Which is also, incidentally, on Netflix. Bring it on, Season 3.

If any of the songs that Drake has released so far are any indication of what Views From The 6 will sound like, I need that album in my hand right now.

Just me hanging on to this pipe dream? Really? Okay, bye...

This couple took the Internet by storm just by standing next to each other and, I have to admit, now that Watson and Styles are both single, I'd really love to see this in 2015.

Feminism was never more popular in 2014, so hopefully 2015 will bring with it even more celebrities coming out as feminists.

27. More Diversity in the Movies

Let's leave movies like Exodus in the past and look forward to movies like a James Bond reboot starring Idris Elba, shall we?

If Kourtney and Khloe Kardashian can do it, then how has Kanye West not appeared in that game yet?

Just admit you're curious to find out how Batfleck is going to do. I'm not judging you.

This might be the most unlikely thing of anything I've made up for this list, but, hey, a girl can dream...