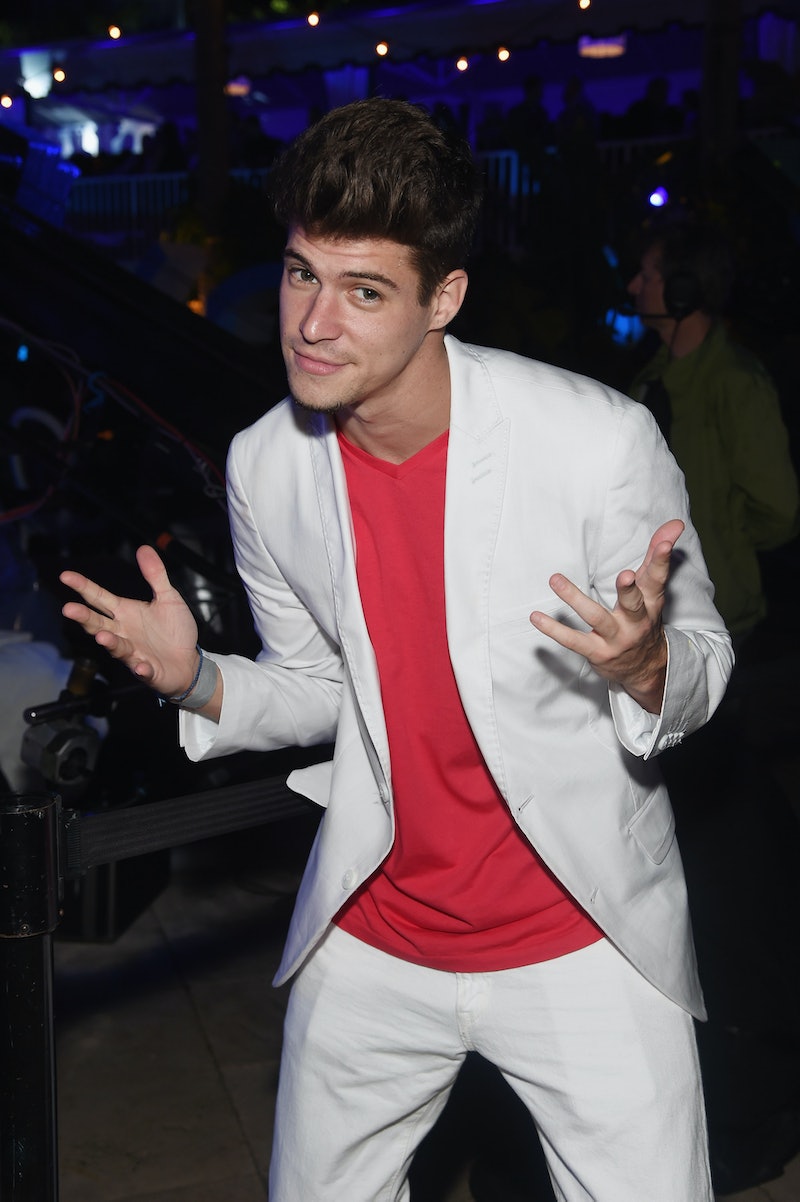 Attention Big Brother fans. Don't you dare forget about Zach Rance, one of Big Brother 's favorite players from this most recent season. In fact, he (and I) will not let you forget about him. Back when the reality show ended, and he was reintroduced to the real world again, Zach told Bustle that he had big Hollywood plans to make it huge on screen, but only four months post-Big Brother, Zach is making a name for himself in the music scene, as he just released his first rap single (under the name Rizzle) called "Sawagoo."

Yes, you read all of that right. If you've been keeping up with Zach post-BB, you probably know that he has been working hard to make it big. But could this single be the boost he needs to break out into a star-studded rap genius? The next Kanye, maybe? I don't know about that, but then again, I didn't think I would ever be rooting for Zach on the show, but alas I did, so who knows what he's capable of.

Zach's song is a Big Brother fans' dream come true. Not only is it reuniting fans with the "fruit loop dingus," but it also addresses some Big Brother rumors that viewers are still talking about. Let's dissect some of the best lyrics from the song (available on Amazon, not iTunes).

"Rizzle Razzle, but you know me as ranceypants"

Oh hey, Victoria. Looks like Rancey Pants, Froot Loop Dingus, Zach, half of Zankie, whatever you called him, is going by Rizzle now. Alert the masses.

"Shout out to my froot loops"

There it is, Fruit Loop Dingus Bustafooligans (that's FLDB for short).

Remember back when everyone thought there was something going on between Frankie Grande and Zach on Big Brother? Well, Zach is reminding you he is straight. It's his modus operandi. Ugh.

"From most hated to fan favorite, that s**t happened overnight"

Well, over the course of a summer, but who's counting?

"I’m waiting for Big Brother All Stars, hit me up CBS"

At least he's confident in his ability to draw an audience. CBS, hit him up.