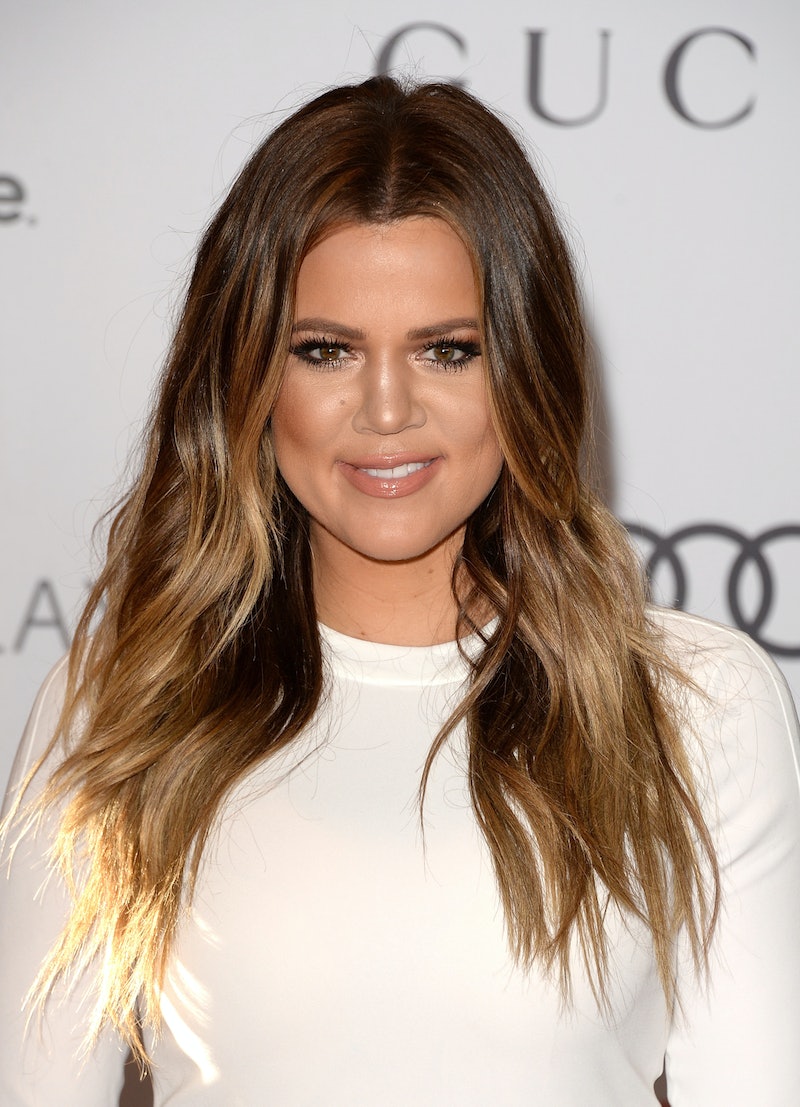 Divorce, being in the media, and dealing with negativity can't be an easy feat, but Khloe Kardashian isn't letting her split from Lamar Odom get her down. Before I get to the positive lifestyle Kardashian is currently embracing, let's talk about the fact that Odom is missing... again. OK, he's not really missing, but he is MIA. According to TMZ, Kardashian is so ready for divorce, but, unfortunately, she reportedly can't find her soon-to-be ex-hubby.

For those unaware, this isn't the first time Odom's gone AWOL and remained quiet. Last August, Kardashian couldn't locate Odom, but this isn't news to the reality starlet. She's dealt with Odom's unreliability and destructive behavior plenty of times before, which is what partly led to their split.

One year ago, Kardashian filed for divorce, but she still remains married to Odom. Per TMZ, the two have yet to schedule a sit-down to finalize divorce terms with their lawyers. Reportedly, Odom won't respond to calls from Kardashian or her attorney. It's been reported that Odom never thought Kardashian would actually go through with the divorce and, apparently, he's fine with leaving the status of their relationship as is. TMZ also reports this won't stop Kardashian from finalizing the divorce, because if Odom doesn't respond or show up soon, she will just file a default judgment.

What a mess, right? At least Kardashian seems to be taking the high road and remaining positive throughout the process. If you browse through some of the Keeping Up With the Kardashians star's tweets, she is trying remain optimistic and clear her life of any and all negativity. Here are a few examples:

The divorce process isn't easy, so it seems Kardashian is trying to live her life the way she sees fit. You can't go wrong with a little positivity, right? After all, who wants negativity in their life? I know I sure don't.