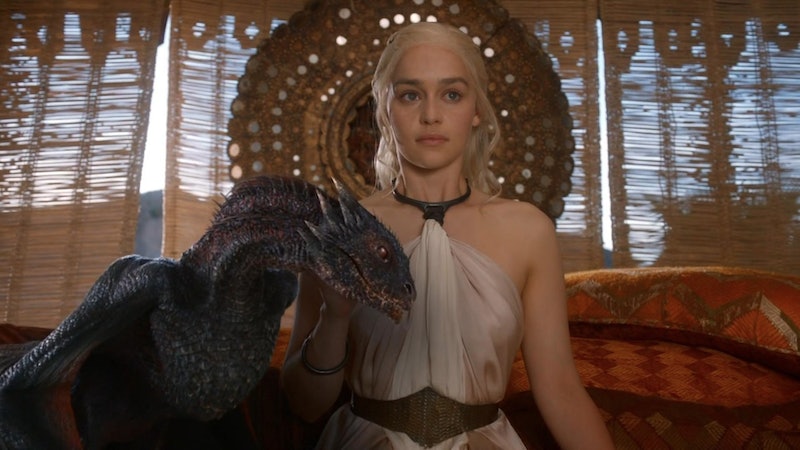 For the third year in a row, Game Of Thrones is the most pirated show on the Internet. TorrentFreak revealed the data on Friday, alongside the other top downloaded shows. Game of Thrones won (or lost, depending how you look at it) by a landslide, with close to twice the number of downloads as the second on the list, The Walking Dead.

There's a lot of overlap with 2013's list, with Game Of Thrones, The Walking Dead, The Big Bang Theory, How I Met Your Mother, Suits, and Vikings appearing on both. Interestingly, with the exception of Suits, all of these holdovers' numbers have gone up since 2013; according to the list, piracy seems to be an even bigger thing this year than it was the year before.

Opinions seem mixed on whether or not this is a terrible thing. HBO has famously said that they don't care about people pirating their shows, with one exec describing the torrent demand as "better than an Emmy." Well, GoT fans have certainly bestowed their laurels this year.

There are a few theories as to why Game Of Thrones is so popular with torrenters. One of them is that there's a lot of overlap between GoT fans and those who torrent. Another theory claims that many of the show's young viewers do not have HBO and thus don't have a way to watch it.

If this second theory is true, we will probably see a decline in GoT downloads next year, once HBO Go (HBO's online viewing platform that was previously only available to HBO subscribers) is released as a standalone service. However, this doesn't seem entirely plausible. TorrentFreak notes that there's not necessarily any correlation between easy legal access and the amount of illegal downloads. As an example, they point to the 2013 premiere of The Walking Dead, which was released for free online but was still torrented by thousands.

Seeing as how the most popular shows in the US make up the list, and haven't changed much between 2013 and 2014, fighting torrenting might be a losing battle. Illegal downloads might just be an unfortunate modern symptom of the popularity of these shows. In that case, maybe HBO has the right attitude.