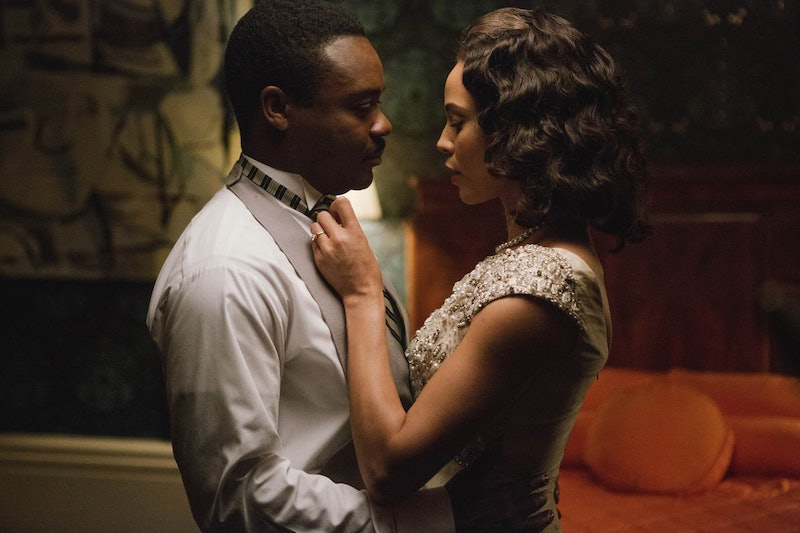 Following the veritable majesty of cinema that was 2013, this past year has come under a bit of flack for being more or less mediocre in terms of its cinematic output. Despite terrific entries like Boyhood, Selma, The Grand Budapest Hotel, Inherent Vice, and a legion of other innovative pictures, 2014 is often called a poor year for film. Or, at least, not a great one. But that seems a bit unfair, considering the aforementioned properties and their ample company of impressive features. Perhaps because 2013 was such a stellar year in movies, we approach its successor with cynicism, unconsciously diminishing the artistic achievements on the whole even if we might have celebrated them one by one.

As such, we must look to the numbers. Here, we have a collection of Rotten Tomatoes' Top 10s and 100s for each of the past five years, placed against box office data and Academy Awards results, all in the interest of determining what might be the best cinematic year we've seen this decade.

Note: Rotten Tomatoes' rating system isn't solely weighted by raw score, but by the number (and caliber) of reviews afforded to each film. For instance, the #1 movie of 2014, Boyhood, has a 99% score on Rotten Tomatoes from 213 reviews. The #2 movie, Selma, has a 100% score... which is higher, obviously, but was gleaned from only 66 reviews. As such, Boyhood would equate higher.

2014's biggest distinguishing factor is, perhaps, the distance between its critically revered pictures and its commercially successful ones. Believe it or not, Guardians of the Galaxy's #24 spot is actually relatively low for a top grosser, at least in comparison to the other years on the list.

But critical celebration in a vacuum ranks higher in '14 than in any other year. Let's take a look at 2013, the so-called "best year in cinema."

Interestingly enough, only three of the year's Best Picture nominees make into the Top 10 (By a technicality, Zero Dark Thirty finds its way onto the 2013 list, even though it was a contender for the previous year's Oscars).

Averages drop further, but other bridges gap: Top Rotten Tomatoes pick Argo wins the Oscar, and the #2 flick The Avengers kills at the box office.

2011: The death of Voldemort, the (re)birth of the silent era, and literal inside baseball

2011's Top 10 ties 2014's for the greatest luster we'll see here, with little seen pictures like The Interrupters, Poetry, A Separation, Le Havre, and Everyday Sunshine bringing up the average. The year in total, however, drops into the 80s in terms of its qualitative average.

2010: Pixar tears, stuttering royalty, and the invention of Facebook

Another high-ranking Top 10 and low-ranking Top 100, with the highest grossing picture of the year snagging the #1 spot and the Best Picture winner just inching into the Top 10.

So what can we predict for 2015? A critically acclaimed top grosser (like years 2010, '11, and '12), or a larger separation between esteem and popularity (like '13 and '14)? And what of this coming Academy Awards — will the Best Picture winner sink to #9 status or keep tradition as #2 or #1? And the most important question yet: can we admit that 2014 was a pretty good year for movies?

More like this
20 Photos Of The 'Hocus Pocus' Cast Then & Now
By Radhika Menon
12 ’90s Movie References You Missed In 'Do Revenge'
By Radhika Menon
These 25 International Horror Movies On Netflix Prove Fear Is A Universal Language
By Bustle Editors
What’s New On Netflix: Ana De Armas’ 'Blonde' & A Nick Kroll Special
By Arya Roshanian
Get Even More From Bustle — Sign Up For The Newsletter