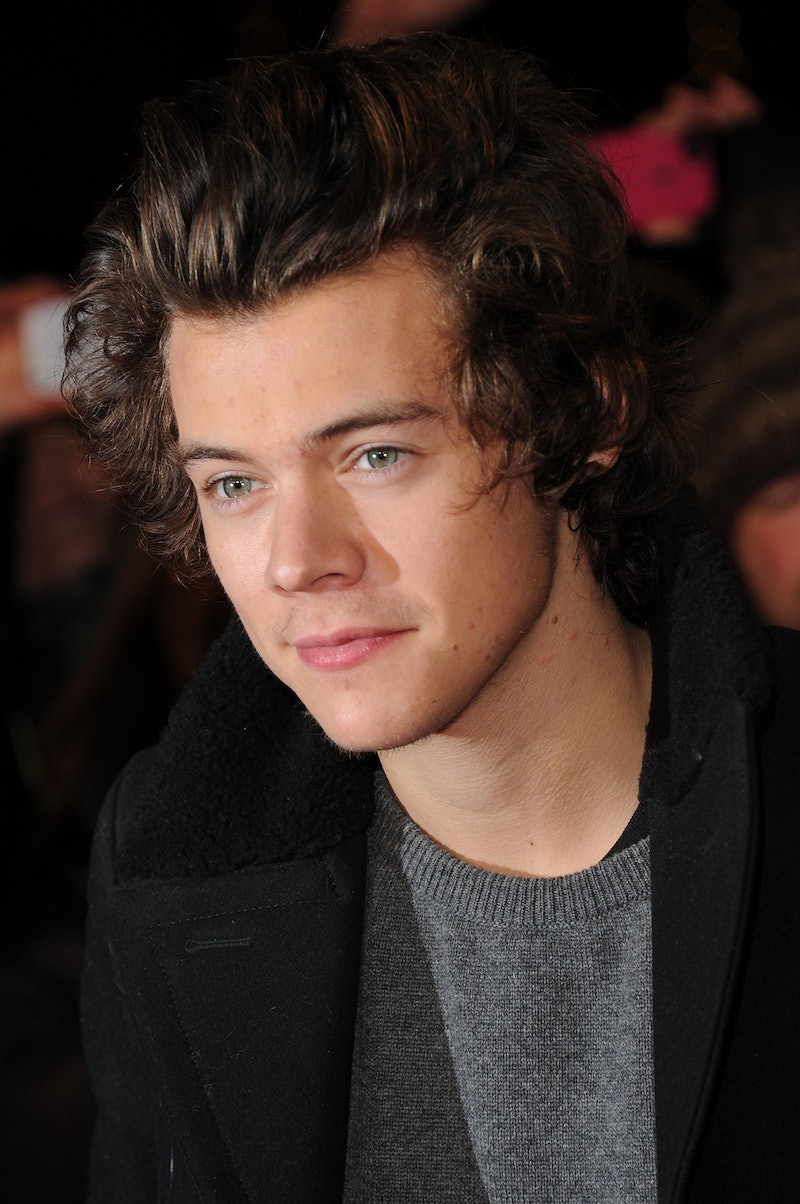 There is only one thing I don't like about Harry Styles, and it's the fact that he is not a human I interact with in my every day life. Sure, I can pay a couple hundred dollars for a good seat to see him in concerts (and it's especially helpful that One Direction tours so often), but obviously, that isn't enough. I'd say I'd want to date Styles, but at 20, he's a bit young for me. From everything I know about him, I kind of just want him as my best friend. We could go shopping for hats, give each other tattoos, and maybe even do some drunk karaoke from time to time. It would be beautiful. But until the day comes when Styles and I run into each other at a quiet London coffee shop and instantly connect, I will have to live with his social media presence as a consolation prize. And lucky for me, 2014 has been an excellent year for Harry Styles' Twitter.

OK, so it's true that occasionally, his tweets don't make sense... and that sometimes they're kind of boring. But if you keep up with his 140 character missives, you know there are some true gems to be found there. And if you don't? Fear not, because I have rounded up the best of his tweets for the year here. Some are funny, some are cryptic, some offer advice that prove Styles is wise beyond his years, and they all would make excellent graphic tees.

How... how is this possible? Wouldn't the toast get all wet? This is further proof that Styles must be a wizard.

THIS. This is important. You should always write neatly. And Styles is serious. Have you seen his handwriting? I wish I wrote that well.

It was really awkward when One Direction awkwardly thought they'd broken that VEVO record, but at least this joke showed that Styles was keeping his sense of humor about the whole thing. It's kind of adorable, in the way that "adorable" also means "sad."

Styles' main game in life is spitting truth, and here's a great example of that. Now I need to know what was actually in that tube that he brushed his teeth with...

Yes, Harry. That is exactly who celebrates Mother's Day.

Does it still count that he never said "When in Rome" if he tweeted about it instead?

I realize that these are (mildly upsetting) song lyrics, but this is the most adorable tweet. Why am I imagining Styles as the baby in the sun from the Teletubbies, smiling away in a fedora?

The worst. But at least he was upfront about it.

And honestly, that's my kind of nap. I will watch The Parent Trap (and basically any other movie, or even watch paint dry) with Harry Styles anytime he wants.