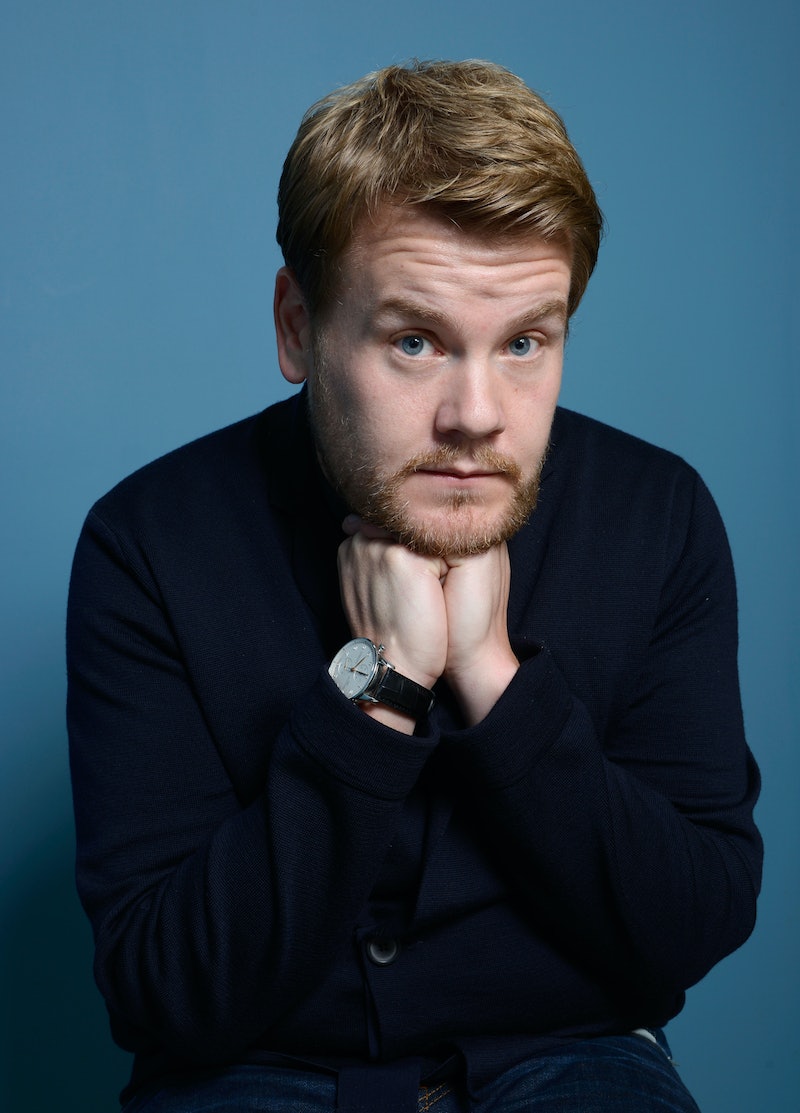 If there was one film you probably made a point of going to see this holiday season, odds are it was more than likely Disney's fairytale-centric movie Into the Woods , which featured a star-studded cast of truly fantastic actors. However, there was one important character who was featured in voice-alone: the Into the Woods narrator. Normally, in the Broadway version, this character is portrayed by an actual person on stage, who comments on almost everything taking place throughout the story. In fact, at one point, the pivotal characters even talk directly to him and humorously insult his narrative techniques. But that's not the way the film chose to portray him. Instead, the Into the Woods narrator was played by the Baker himself, though you most likely know him in real life as James Corden. And if you're thinking that name sounds awfully familiar, there's a very good reason for that.

You see, Into the Woods isn't Corden's only big undertaking in the recent months. Just last September it was officially announced that the actor was chosen to replace Craig Ferguson as the host of The Late Late Show in 2015. So even if you're not familiar with Corden's lovable personality just yet, you most certainly will be very, very soon. You know, unless you hate hilarious British guys and all-around adorableness.

In fact, I enjoyed Corden's portrayal of The Baker/Narrator so much that I wasn't nearly as bothered by the change-up as I thought I would be. That's not to say that I prefer this choice over the original version. (Seeing the Broadway characters offer the narrator up as a sacrifice to the giantess is something I still find highly amusing even to this day.) However, it was hard not to be enraptured by Corden's take on the narrative, especially since it tied in so well with the end of the film when he starts recounting his recent adventures to his newborn son. Plus, I'm a sucker for accents in general.

But it may also have something to do with the fact that I was a big fan of Corden's way back in 2010 when he first appeared as The Doctor's roommate Craig Owens in Doctor Who's episode of "The Lodger" and later again in 2011's "Closing Time."

That's right, Whovians — Corden and Craig are one in the same. Now you're practically obligated to love him, right? But just in case you need a little reminder of why this guy is so great, watch this Doctor Who clip below and enjoy the wonder that is James Corden.