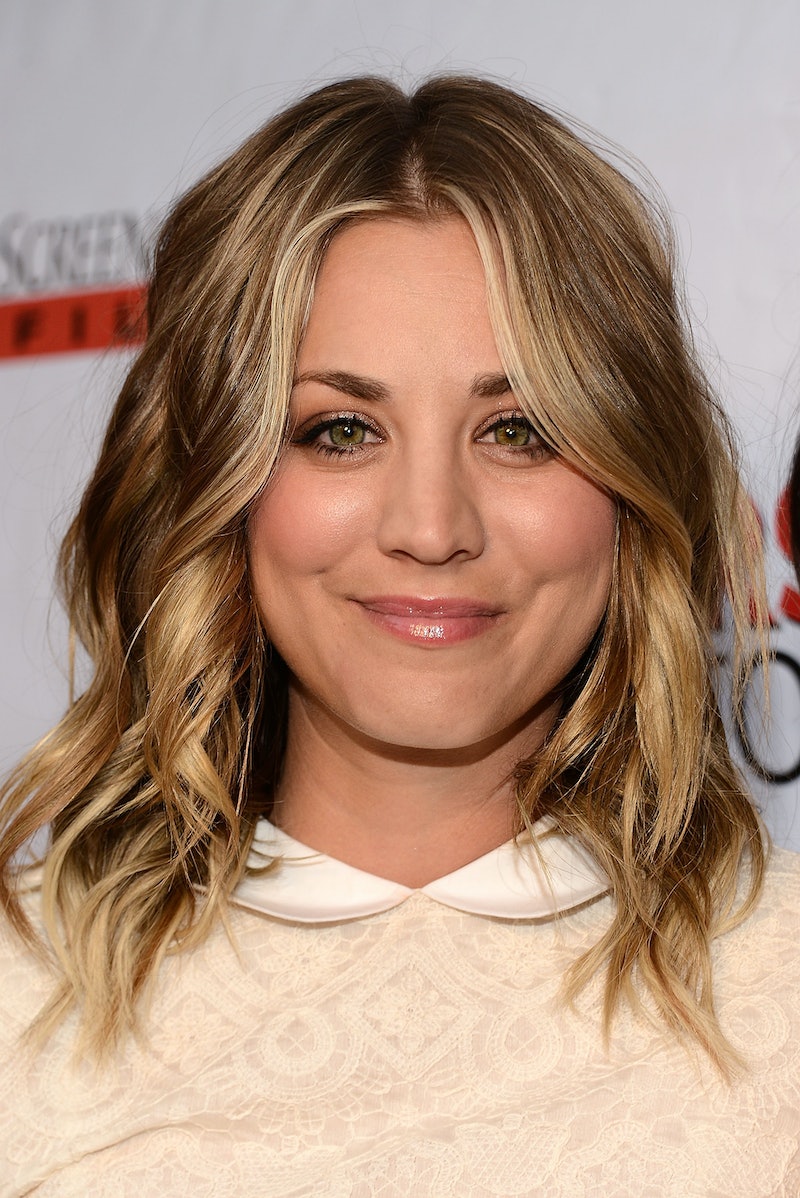 Over the course of 2014, plenty of people have stepped up and explained why they're feminists. From Tom Hiddleston to Taylor Swift, celebs openly supported gender equality. While that's really great, not everyone is a fan of the label. Most recently, Kaley Cuoco-Sweeting explained why she's not a feminist in the February issue of Redbook. Here's what she told the magazine:

Is it bad if I say no? It's not really something I think about. Things are different now, and I know a lot of work that paved the way for women happened before I was around... I was never that feminist girl demanding equality, but maybe that's because I never really faced inequality.

I cook for Ryan five nights a week: it makes me feel like a housewife; I love that. I know it sounds old-fashioned, but I like the idea of women taking care of their men. I'm so in control of my work that I like coming home and serving him. My mom was like that, so I think it kind of rubbed off.

Here's the thing: no one has to identify as a feminist if they don't want to, but please at least know what the definition means. Just because she hasn't experienced inequality doesn't mean it doesn't exist. Plus, women can be housewives and feminists — the terms aren't mutually exclusive. Her quote implies that women who care for men aren't feminists, which couldn't be more untrue.

Since I'm a big Cuoco fan ( Big Bang Theory is hilarious and her animal rights activism is awesome), I am going to give her a break. It's not her fault she doesn't understand the definition, right? With the help of a very wise Big Bang Theory character, I've decided to explain what this phrase really means, since this is how I felt when I first read her quote...

For the sake of example, this is how I imagine the convo would happen between Sheldon and Penny (a character who despite sometimes seeming like a bimbo, breaks beyond the dumb blonde stereotype. Proving women are more than stereotypes! Ahem, feminism?).

One day, Penny blurts out that she's not a feminist.

But then he'd realize she was serious.

Upon hearing her reason — that she "never really faced inequality," Sheldon would try his best to prove why feminism is essential.

After all, the fight for equality isn't over. Sure, "things are different now," but there's still work to be done.

So in natural Sheldon style, he'd round up pages and pages of research.

Only to realize that the big words and historical evidence boil down to one simple point...

This straightforward definition: "the advocacy of women's rights on the grounds of political, social, and economic equality to men."

See? It's not a scary word after all!

And Penny shouldn't feel too bad — Sheldon, himself, had to learn that lesson the hard way.