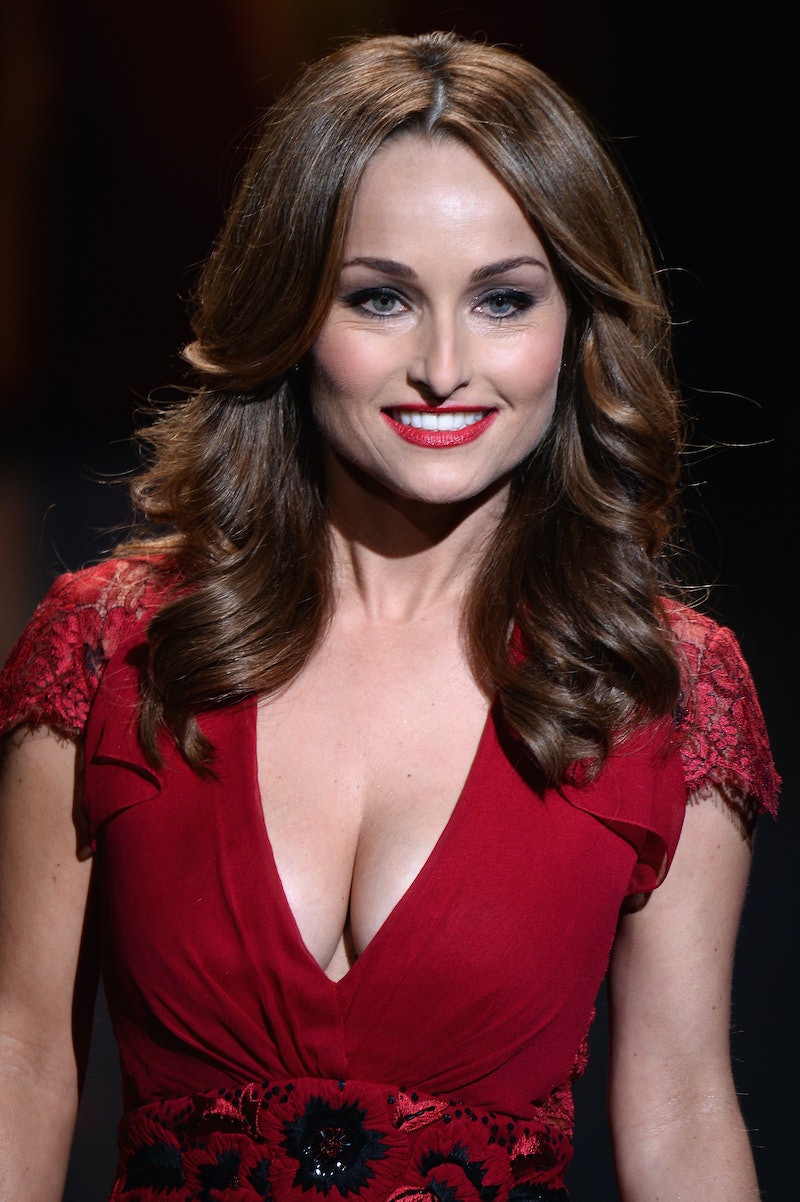 Yet another celebrity couple has made the decision to consciously uncouple in a totally chill but non-unconscious fashion. After 11 years of marriage, TV chef and extremely animated taster of food Giada De Laurentiis is divorcing her husband Todd Thompson. But before you freak out, she wants you to know that they're still totally cool with one another and this is NOT your fault.

On Monday, the Food Network veteran announced via her website that she and her fashion designer partner were officially calling it quits. In her statement, De Laurentiis expressed that her split from Thompson was an amicable one. They've been separated on the down-low since July, but De Laurentiis emphasized that she and her ex-husband still hold each other in the highest regard. The pair married in 2003, and they share six-year-old daughter Jade Marie.

While the phrases "conscious uncoupling" and "co-parenting" aren't explicitly used in De Laurentiis' verbiage, she mentions that she and her husband are embarking on "separate, yet aways connected paths." Kinda the same thing, in my mind.

Although our decision to separate comes with a great deal of sadness. Our focus on the future and overwhelming desire for our family's happiness has given us the strength to move forward on separate, yet always connected paths... Todd and I share a beautiful daughter and a lifetime of great memories that we both treasure more than anything.

Now, 2014 may be the year that ate celebrity love, but plenty of these splits have been extremely civil. You've gotta give 'em that.

First there was Gwyneth Paltrow and Chris Martin, who announced their divorce in March and subsequently became the birth parents of the "conscious uncoupling" movement. Matt Bellamy and Kate Hudson broke off their engagement, announcing their intention to co-parent their young son. Then, there was Helena Bonham Carter and Tim Burton who've been spotted spending time with their kids together despite their separation. If the tone of De Laurentiis' announcement is any indicator, it seems like they're headed down the same path.

Maybe, this means that Thompson will continue to have a standing place at De Laurentiis' dinner table during the ending credits Giada at Home. Way to be, guys. Maturity rules.