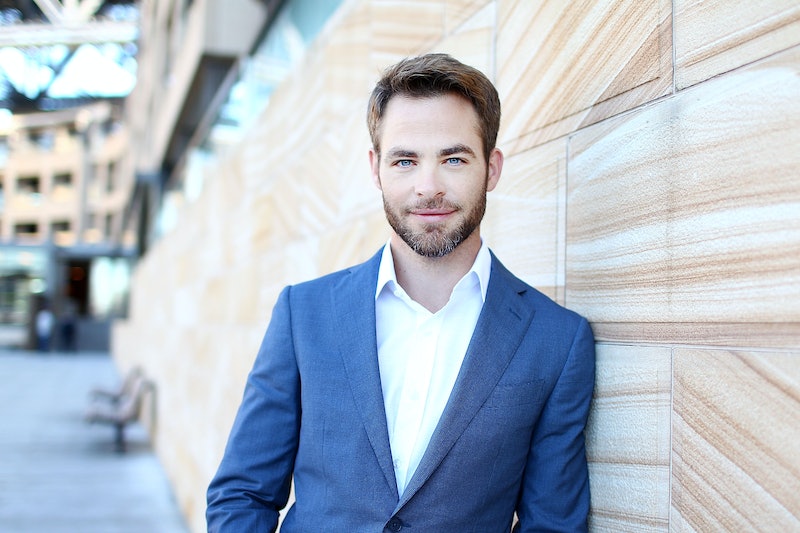 We are all raving about Chris Pine these days for his role as Prince Charming in Into the Woods . But please let me take you back in time a little bit. Chris Pine first came into our lives as Nicholas Devereaux in the Princess Diaries 2: Royal Engagement. Please tell me that you remember that, because middle school me most definitely does. Then, in 2009, he stepped up to take on the iconic role of James T. Kirk in the Star Trek movie. This was a make it or break it move for Pine. William Shatner immortalized that role in the television series and thus, many wondered: "Can Chris Pine live up to that pressure? Can he put his own unique stamp on the role?" Indeed, and he did.

So much so that it might be tough to distinguish where Chris Pine ends and James T. Kirk begins.

Check out these quotes to see if you know who said it, the Stark Trek character or the real life actor?

"I believe in luck and fate and I believe in karma – that the energy you put out in the world comes back to meet you. So if you have positive good energy, hopefully good things will come to you from the universe."

No, Captain Kirk was not talking about trekking through the universe. Chris Pine said this during an IndieLondon interview when he was asked if he "believed in luck." He was promoting the movie Just My Luck staring Lindsay Lohan. If you actually remembered that movie existed, props to you.

"You could handle me, if that's an invitation."

Sadly, Chris Pine was not inviting the public to seduce him. Captain Kirk said that when he was attempting to flirt with Zoe Saldana's character Lieutenant Nyota Uhura. What a bummer.

Captain Kirk was not explaining his goals for running the Starship Enterprise. Chris Pine said that during an Esquire interview when he was talking about what he learned in therapy. After that he added, "I don’t need to worry about that, that’s always there on a slow simmer. The muscle I have to work on is being more present."

"I don't believe in no-win scenarios."

This was not some quote about Chris Pine looking at life with a "glass half full" sort of optimism. It's actually a quote from Captain Kirk acting pretty arrogant when Spock was trying to teach him a life lesson.

"I’ve realized that beating myself up doesn't get me anywhere."

No, Kirk wasn't going through some sort of identity crisis. Chris Pine said this in a Men's Health UK interview when he was talking about going easy on himself. He added, “I think it’s a very healthy thing to learn from what’s happened in the past.” That is a very realistic outlook to have.

If you're looking for a little inspiration or entertainment, Chris Pine and his alter ego James T. Kirk have you covered with a wide spectrum of words. From the captain's cockiness to Pine's humble nature, you can be a very balanced person by taking both their perspectives into account.