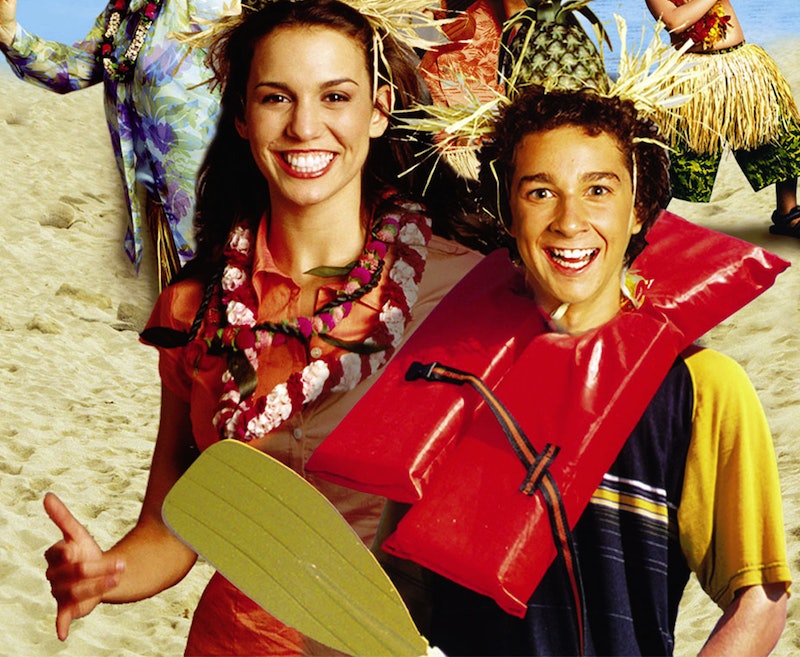 If you saw even one episode of Even Stevens, then you remember the main antagonist in every episode was Louis Stevens (if it was a Ren-centric episode) or Ren Stevens (if it was a Louis-centric episode). Sure, sometimes they ran into trouble in the form of Ren's rival Larry Beale or Louis' archenemy Principal Wexler, but for the most part you were picking sides in an eternal sibling rivalry between uptight Ren and immature Louis. However, despite the fact that Shia LaBeouf didn't keep in touch with his Even Stevens co-stars after the show was over, that doesn't necessarily mean that he and Christy Carlson Romano hated each other off-camera, right? After all, even when Ren and Louis were at each other's throats, they always had each other's back. Surely, the same would hold true for Romano and LaBeouf?

Worry not, my friends. Romano and LaBeouf appear to have had a relationship off-screen that was a lot more peaceful than that of their on-screen counterparts. In fact, in 2008, a full five years after the show had ended, Romano spoke fondly of LaBeouf in an interview with People. "He's been through a lot, he's had a hard life, and he grew up with some scars. But he's a fighter," said Romano. "I have his back."

At the time, she was referencing LaBeouf's arrest for drunk driving — which would hardly be the end of his legal troubles — but Romano followed that up by revealing that the actor "jokingly calls her 'sis.'" Which is, quite honestly, the cutest thing I have ever heard.

But that was not the end to Romano's support of LaBeouf. Six years later, in 2014, she gave another interview, this time to Entertainment Weekly, in which she defended LaBeouf from his latest bout of controversy. While the actor was apologizing for the plagiarism scandal of early 2014, EW got in contact with Romano, who refused to be one of the many people criticizing LaBeouf: "He’s always just honored his artistic instincts, even when he was 12 years old to about 15 or 16 as we worked together. So this is him experimenting with his artistic instincts. This is not just some breakdown, like some other child actors. This isn’t some emotional neediness. This is something that he’s actively doing."

In fact, Romano was even hilariously called upon to look at the situation in Even Stevens terms. What would Ren think of Louis if he was pulling the kind of stuff that LaBeouf has become famous for doing in his personal life? "Ren would actually say to the people criticizing her little brother, and this is almost a direct quote from the show, 'I can call my brother stupid, but no one else can.' She would be more defensive, but she then would take him aside and be like, 'You’re –' I don’t even know what she would say to him, it’s been so many years. But I know that she would definitely defend him to everyone else. If anyone’s going to call him a jerk, it’s going to be her." Guys. My feels. MY FEELS.

And how does LaBeouf feel about Romano? That's not as well-documented. LaBeouf hasn't spoken about, or to, his co-stars from Even Stevens in a while and, for all intents and purposes, seems to have completely moved on from his Disney days. However, I see no reason why Romano would lie and, in her words, LaBeouf has "always kind of regarded me as his big sister." Of course, the pair don't keep in touch anymore, but it's nice that the bond that they did have is so strong that she still regards him fondly even now. We don't need interview evidence from LaBeouf that he feels the same way; it's all in the way Romano talks about him that speaks a positive, close experience with her former co-star. Not bad, Stevens siblings. Not bad.