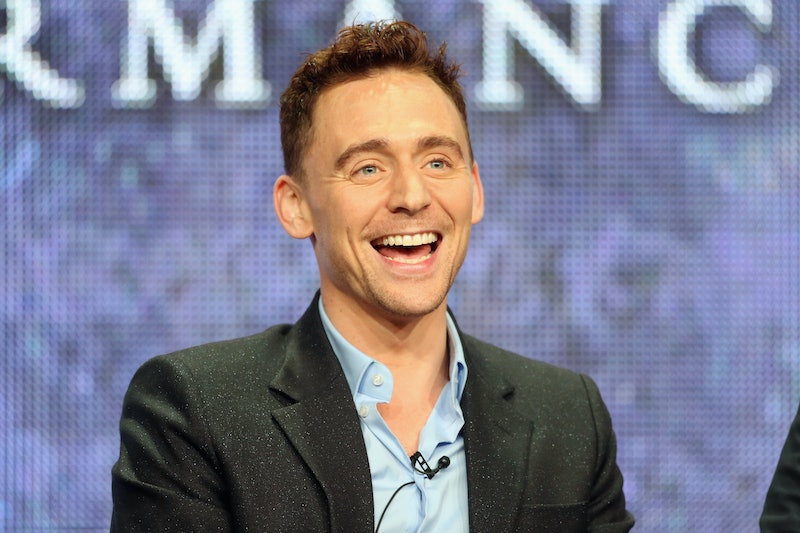 I am always excited at the prospect of being able to write about my newest English love, Tom Hiddleston. OK, so I might be a little tardy to the party and my fear of Tumblr girls scared me a bit, but his talent, charm and cute, nervous energy (and smile, and hair, etc.) were enough to make me a fan very quick. As I learned more about his career and his upbringing, it was no surprise to me that he has a close relationship with his mother, and that piqued my curiosity into the rest of his family. Does Tom Hiddleston have any siblings? In fact, he's has two sisters!

Hiddleston is about to end 2014 on a pretty high note, and I'm sure we can all say that this man is going to be around onscreen for a long time. I'm very much a fan of Hiddlebatch (Hiddleston and Benedict Cumberbatch) and all things related to this perfect coupling of men engaged in a bromance, and one of the highlights for me was discovering their strong feminist ties this year, notably standing up for Emma Watson's HeForShe campaign, demanding gender equality. Hiddleston has a lot of respect for women and along with being raised by a strong mother, Hiddles has two sisters who are just as intelligent, driven and um, pretty, as he is.

His older sister, Sarah Hiddleston, is a journalist, and he told the Hindustan Times that she's been living in Chennai, India for a few years and that he has visited plenty of times. Her Twitter account boasts the tagline of "Journalist.Chennai.London" but seems like she hasn't updated since 2010. Womp, womp. I thought I was on to something. She's listed as a guest lecturer at the Asian College of Journalism in Chennai, India, so it's safe to assume she is still living and working there. Tom also shared that he went to her wedding in India when he was only one month into filming Thor.

Well, the Hiddleston clan sure is a talented bunch and this also includes his younger sister, Emma Hiddleston, who followed in her brother's acting footsteps. And in case you were looking for his female clone, you have found her! Emma is five years younger than Tom (born in 1986) and was a student at the Dragon School prep school and the University of Cambridge, where she studied Anthropology and acted in many productions. In 2007, Tom and Emma co-starred in an ironically titled indie film, Unrelated, where she played his onscreen sister.

Although his sisters may not be in the same spotlight as their brother, Tom is never shy when speaking about the ladies in his life and how much he admires them. If there are any more ways for him to be an even more beautiful feminist icon, I invite him to continue, for the sake of humanity. Earlier this year, a very lucky interviewer got to drink and hang out with Hiddleston for the Elle UK March cover story and he had some very beautiful words to share about his family:

I believe in the strength and intelligence and sensitivity of women. My mother, my sisters [they] are strong. My mum is a strong woman and I love her for it.

Please, excuse me while I collect myself and wipe the drool of my face because he is a perfect man. Alright, I'm sure Hiddles has some not-so-flattering things about him because he is, in fact, a human, and he has shared that if anyone keeps him down-to-earth, it is his two sisters. When asked in an interview (while speaking speaking Spanish, nonetheless) about how his sisters feel about him being a sex symbol, he replied in the most endearing way, "I feel like it's their job... it has been as my sisters, to remind me of my inherent ugliness and pointlessness in the universe." Well, I beg to differ but that's what family is for, isn't it?