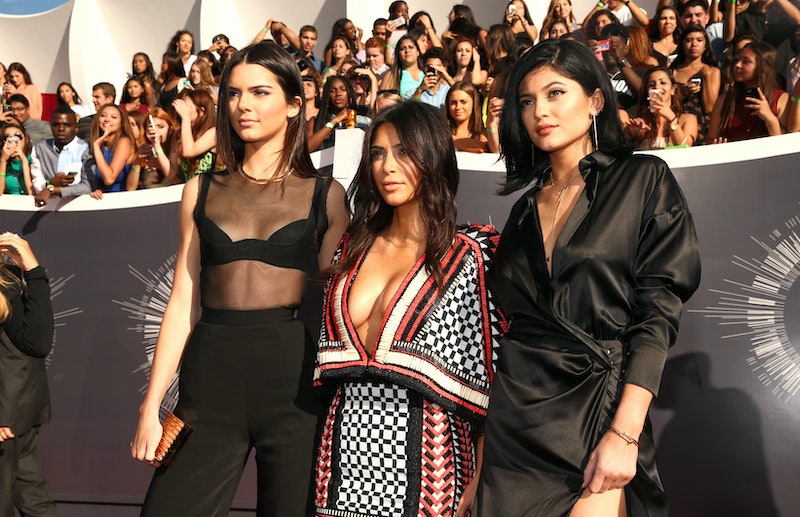 For reasons beyond my comprehension, people just love to mock the Kardashians. Despite the fact that the family has proven successful with multiple TV series, clothing lines, and more, they still repeatedly get insulted. I guess as Taylor Swift would say, "haters gonna hate, hate, hate."

Sure, you can laugh at Kim Kardashian for taking so many selfies, but it's not her fault she's so confident. And Kylie Jenner's lips? She doesn't even let those plastic surgery rumors phase her anymore. In terms of defending themselves, 2014 was a great year for the Kardashians. Instead of ignoring ridiculous rumors, they spoke out and stood their ground on social media.

Honestly, I think we can all learn a thing or two from this family's outspokenness. In the new year, we should try to not let other people's negativity get us down. To show us how it's done, I've rounded up the best Kardashian komebacks — I mean comebacks — of 2014. Basically compiling all of the times this family defended themselves and made me say, "Yesss!" in the past 12 months. Surprisingly I couldn't find much on Kourtney's page (mostly just cute photos of the Disick kids), so she's not on this list. But I'm sure she'd stand up for herself if need be!

Kylie Shut Down 3 Rumors at Once

Nope, sorry! Kylie Jenner isn't pursuing a rapping career, getting married, or having a baby in the near future. The way she lumps those three rumors together proves their absurdity.

While some people may say she can't model, Kendall can let her impressive portfolio speak for itself. In this video, she highlights all of the comments people have made in her very own Burn Book.

Kim Was Feeling Her Look

This may have been my favorite Kim K. moment of the year. Or actually, it may be my favorite of all time.

This tweet is like the 140-character version of those "You're so vain you probably think this song is about you" lyrics.

The perfect response to those rumors? Pointing out that she's still just a kid, duh.

And Defended The Size of Her Lips

Since the rumors never end, Kylie not only had to speak out about her appearance once, but multiple times. As her big sis would say, can't she live?!

Kim Didn't Leave North By Herself

While people claim Kim is a bad parent or abandons North, she won't stand for it. As seen above, she even has a sense of humor about it. I'm also a big fan of her "?!?!" usage.

Despite reports that Kendall stormed out of a restaurant without paying and then threw money in the waitress's face, she says it's completely untrue. She was raised better than that!

Khloe Stood Up For Rob

If you've been wondering about Rob Kardashian's whereabouts, look no further than Khloe's home. She defended her brother and the fact that he lives with her.

This one speaks for itself.