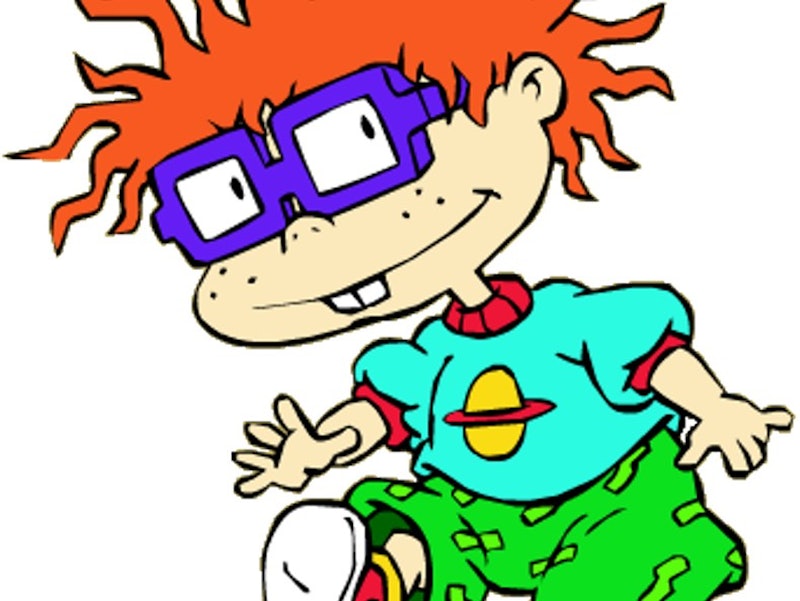 This is so, so sad. One of the voices of your Nicktoon-festooned youth, prominent voice actress Christine Cavanaugh, has died at the age of 51. Cavanaugh was the talent behind some of your favorite childhood characters including Babe from the hit movie of the same name and Chuckie Finster from the beloved Nickelodeon show Rugrats.

According to a story published today on TMZ, the legendary voice actor died on Dec. 22. However, the story is still developing and circumstances surrounding her death remain uncertain.

Over the course of her voice-acting career, Cavanaugh lent her signature cadence to innumerable characters. Just a few of the credits on her IMDb page include Darkwing Duck, The Powerpuff Girls, Alladin, The Wild Thornberrys, and Recess. Most notably, she played Chuckie Finster on Rugrats, Babe in Babe, and Dexter in Dexter's Laboratory. In 2001, Cavanaugh retired from the profession and the part of Chuckie was taken over by Nancy Cartwright, whose voice you recognize as Bart Simpson's.

Although you may not recognize her face, you probably spent a large portion of your childhood listening to her voice. So let's take a look back at some of the beloved characters that Cavanaugh animated with her inimitable pipes.