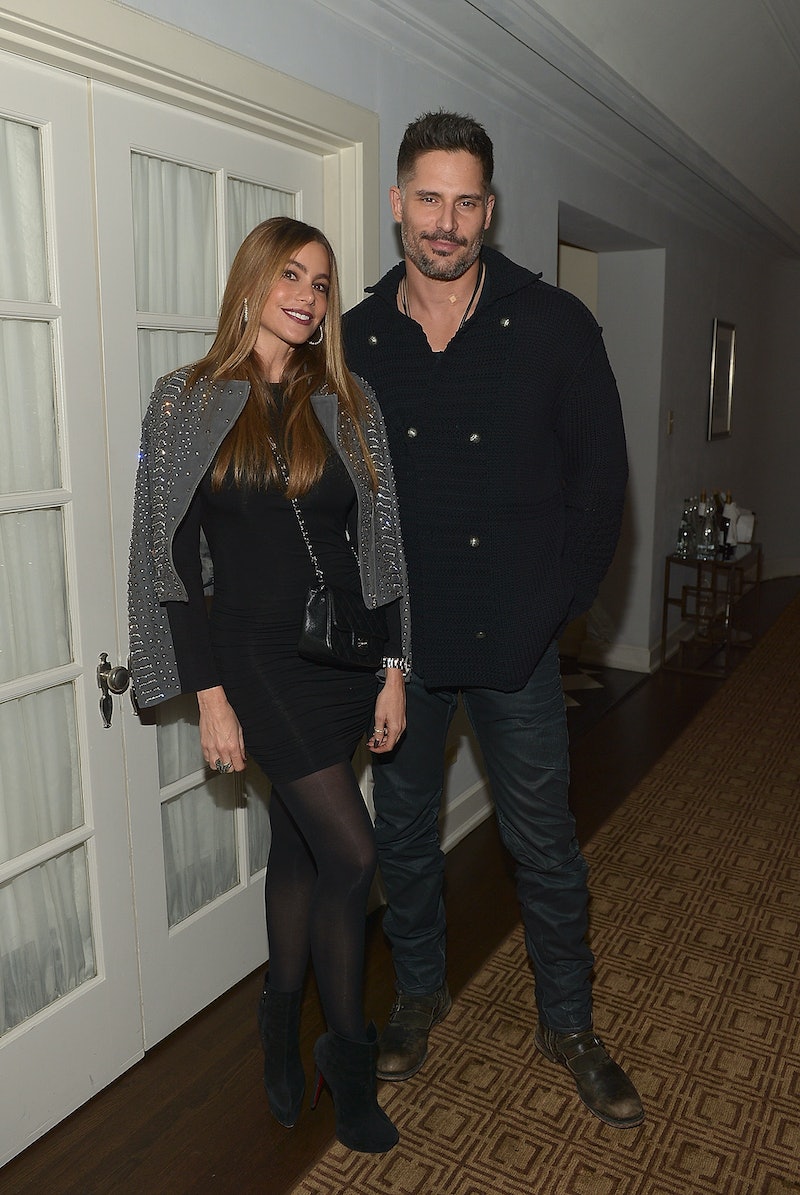 In addition to becoming one of Hollywood's newest most attractive (almost) married couples, the recently-engaged Joe Manganiello and Sofia Vergara also have a cute proposal story to go along with it: According to People, when Manganiello proposed to Vergara in Hawaii over the Christmas holidays after six months of dating, he was so nervous that he wanted to keep the whole thing a secret — because he was scared of her saying no.

Say it with me now: Awwww.

Considering that Manganiello has been singing Vergara's praises since even before they were dating — apparently, she was his dream girl! — the fact that he was so nervous to pop the question even after their whirlwind of a romance is extra adorable, and almost makes the fact that she said "yes" even sweeter.

According to a source close to the couple (who spoke to People ), here's what went down:

He said he wanted to keep it private just in case she didn't say yes [...] It actually didn't seem like he was joking about that. He did seem genuinely nervous that maybe this wasn't going to go well. He said this was a once-in-a-lifetime opportunity with a one-in-a-million woman.

In the end, Manganiello did propose, of course — and he planned every moment to the last detail.

This wasn't spontaneous. Joe definitely planned ahead and contacted the hotel weeks in advance to discuss certain things he wanted to do [...] he didn't want to propose in a public setting, even though there are so many beautiful spots on the hotel grounds that have spectacular views and are well-known as places where people pop the question. But Joe said he didn't want to risk anyone walking by and witnessing it, and he didn't want to tip off Sofia by having security there shooing people away.

Of course, though, she said yes, and it wasn't too long after that Vergara was photographed wearing a stunning diamond ring on that finger whilst lounging by a ridiculously nice pool with Manganiello. The source also made sure to add this tidbit about the couple's whereabouts after the proposal:

[Manganiello and Vergara] weren't seen around the hotel much on Christmas Day, which many took to mean they were busy ... celebrating.

Congrats to the happy couple!