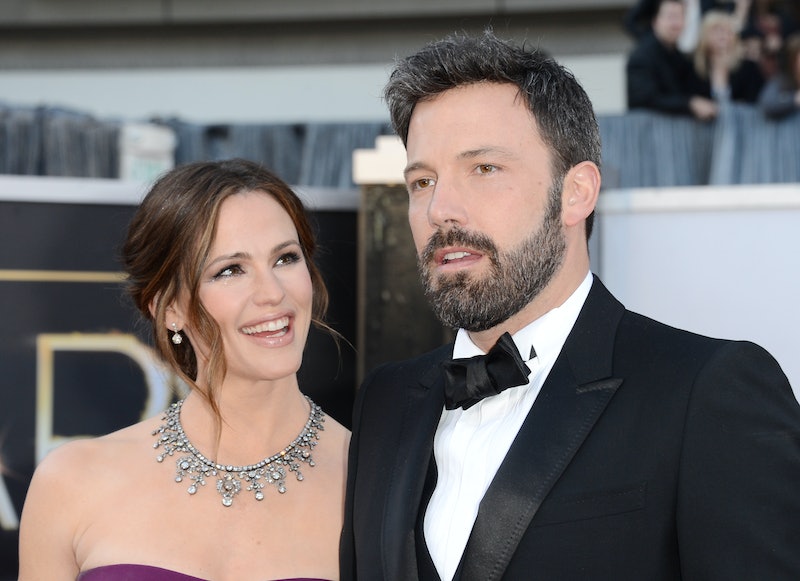 Tuesday has been a great day for happy celebrity news. After all, it brought us reports of Joe Manganiello and Sofia Vergara's engagement, as well as the possibility of Sean Penn and Charlize Theron's engagement — so it's officially safe to say that love is definitely in the air. And now, we've got this story to top it all off: In a new interview with the British magazine Loaded, Ben Affleck sweetly credited his Hollywood A-list fame to wife Jennifer Garner's love, saying it gave him the confidence he needed to pursue directing such hits as Gone, Baby, Gone and the Oscar-winning Argo.

Yep. How sweet is that?

"Getting to know Jennifer, falling in love with her and being connected with her gave me a foundation to reach out and say, ‘Okay, I'm going to do Hollywoodland,’" he told the mag. "I’m going to direct Gone Baby Gone. Those were the steps forward I needed to put positive stuff on the board."

However, this doesn't mean we should ever — like, ever — expect a sequel to Daredevil, the 2003 comic book film they starred in together that ended up being a total flop: "My wife and I made Pearl Harbor and Daredevil...with our track record, I don't know if anyone's looking for a three-quel."

Ah, well — that's probably for the best. At least they've still got their ridiculously cute marriage.