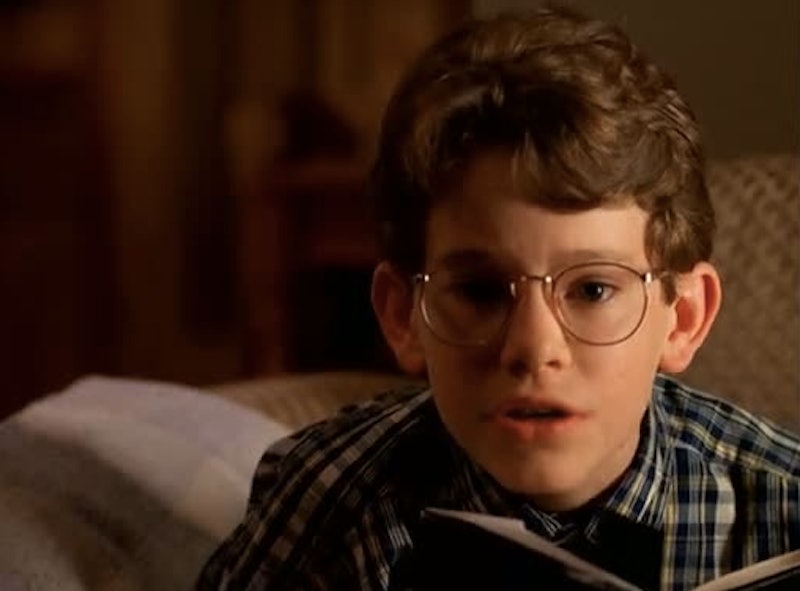 I can't be the only person who wonders where all of Disney Channel's stars (no matter how small the role) from the late '90s and early '00s ended up, right? You think about it too — how else can you explain how hyped you are every October when the greatest Halloween DCOM, Halloweentown , makes its annual return to TV? Once a Disney Channel fan, always a Disney Channel fan, that's what I say. With ABC Family diving back into the archives Disney Channel's golden age of Lizzie McGuire and considering that we've managed to keep tabs on Halloweentown's Marnie aka Kimberly J. Brown's life post-Disney, it only seems right that we check in with the rest of the Piper family. For instance, what happened to Joey Zimmerman, who played Marnie's Halloween-hating younger brother Dylan?

Are you drawing a blank here? Basically, a lot of Dylan's moments during the Halloweentown films were about girls and about learning to use his powers because, let's face it, Dylan was kind of the ultimate square. Where Marnie was running off making bad decisions, Dylan was desperately trying to keep his magical abilities under wraps. However, while being the middle Piper child and the least inclined to embrace his magic, Zimmerman's Dylan was the only Piper child (I feel like Marnie in Return to Halloweentown doesn't count because Brown had been replaced by Sarah Paxton) to appear in all four Halloweentown films. But what happened to Zimmerman after he graduated from Witch University?

Following Zimmerman's final turn as Dylan, the actor appeared in two TV series — Harpies and the USA series In Plain Sight. And, according to his IMDB page, Zimmerman is set to appear in Call Back , a TV pilot that currently raising funds. Acting isn't the only Hollywood action Zimmerman is working on in his post Halloweentown-days.

Zimmerman is the co-creator, producer, writer, and director at ZFO Entertainment. The production company, which deals exclusively with changing the way we view sci-fi "one project at a time," credits Zimmerman with writing and creating their first short, "Vultures." It's truly no surprise that Zimmerman has a hand in ZFO, the actor's Instagram account is full of photos of him fanboy-ing out over Star Wars and Star Trek along with other sci-fi films. From magic and warlocks to redefining sci-fi, probably not as big of a jump as you'd think.

Because he just gets you, alright? Even Witch University graduates can't deny the magical effects of cheese.

More like this
The Best 'Grey's Anatomy' Intern Moments, From MAGIC to Glasses
By Grace Wehniainen
A New Scooby-Doo Movie Confirmed Velma Is Gay & Twitter Is Pumped
By Radhika Menon
Lindsay Lohan & Jonathan Bennett Celebrated Mean Girls Day Very Differently
By Jake Viswanath
20 Photos Of The 'Hocus Pocus' Cast Then & Now
By Radhika Menon
Get Even More From Bustle — Sign Up For The Newsletter