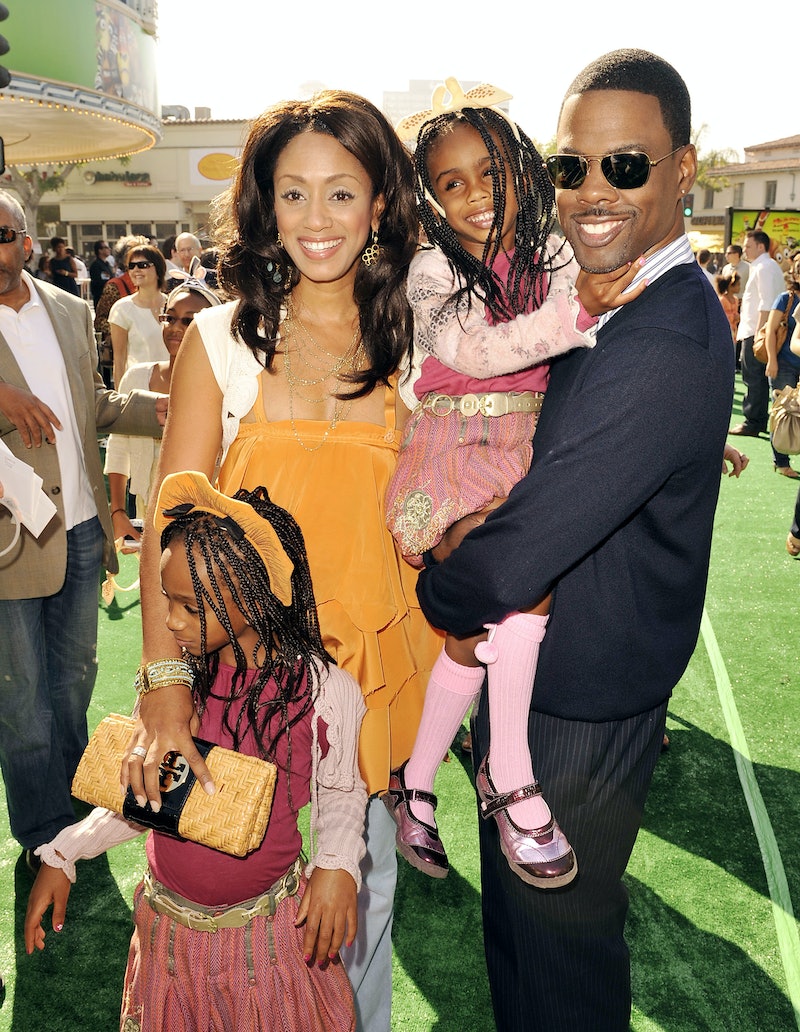 With such a huge mystery surrounding Chris Rock's abrupt divorce from wife Malaak Compton-Rock, it's more or less a given that people would be searching for any explanation. After almost 20 years of marriage, the fact that Rock and Compton-Rock are splitting up is too inexplicable to explain with something as simple as the popular rumor that Rock just "didn't feel like being married anymore." However, according to court documents allegedly obtained by E!, it appears that Rock is accusing Compton-Rock of keeping their kids away from him, which adds an ugly new light to an already difficult situation.

The obtained divorce filing claims that, "Notwithstanding that the parties have been separated, [Compton-Rock] has repeatedly refused to permit [Rock] normal and usual access to the children, and has acted in a manner detrimental to the children's best interests. [Rock]'s conduct as aforesaid will be further disclosed by continuing discovery and is directly contrary to the best interests of the children." However, Compton-Rock has already denied the claim via her attorneys and expressed her disappointment that Rock would accuse her of keeping their children away from him or vying for sole custody of them. In fact, a People magazine source reported that there was "absolutely no truth" to the idea of her asking for full custody.

"Malaak is saddened and disappointed that Chris has accused her of keeping their children from him, which he knows is untrue and can be so easily disproved," read the statement from her attorney. "We all know Chris leads a very busy public life while Malaak and their children definitely do not. She hopes the privacy of their children is still as important to Chris as it is to her and that it will be respected. They will always be the main focus of her life."

The initial statements released to announce the divorce made it clear that Compton-Rock would be putting her children first above all, and everything Rock has said to this point has implied that he feels exactly the same way, so this sudden speed bump in their divorce proceedings is both sad and unnecessarily contentious. Preventing Rock's children from being able to see him on a regular basis wouldn't be the best move on Compton-Rock's part if she wishes to make this separation as easy on the kids as possible, and accusing Compton-Rock of false charges for the purpose of discrediting her or negotiating a better divorce settlement for himself or whatever reason Rock might have for such a thing would hit the children twice as hard as it has hit Compton-Rock.

Rock and Compton-Rock have been married for 19 years and I was hoping their separation would adhere to the Chris Martin and Gwyneth Paltrow school of amicability rather than the Nick Cannon and Mariah Carey school of (non-)amicability. Hopefully, this speed bump is nothing more than a speed bump that they can smooth over soon and carry on with making these proceedings as easy on everyone as possible. They both love and value their children so much that I would hate to see for the kids to get hurt over anything as petty as a potentially false claim in a divorce filing.

More like this
Kanye West Apologizes To Kim K "For Any Stress I Have Caused" In Rare Interview
By Jake Viswanath
Adam Levine Denies Having An Affair — But Admits He “Crossed The Line”
By Jake Viswanath and Radhika Menon
Gisele Bündchen Appears To Address Those Tom Brady Divorce Rumors
By Radhika Menon
Everything To Know About Taylor Swift’s 10th Studio Album, 'Midnights'
By Grace Wehniainen and Jake Viswanath
Get Even More From Bustle — Sign Up For The Newsletter