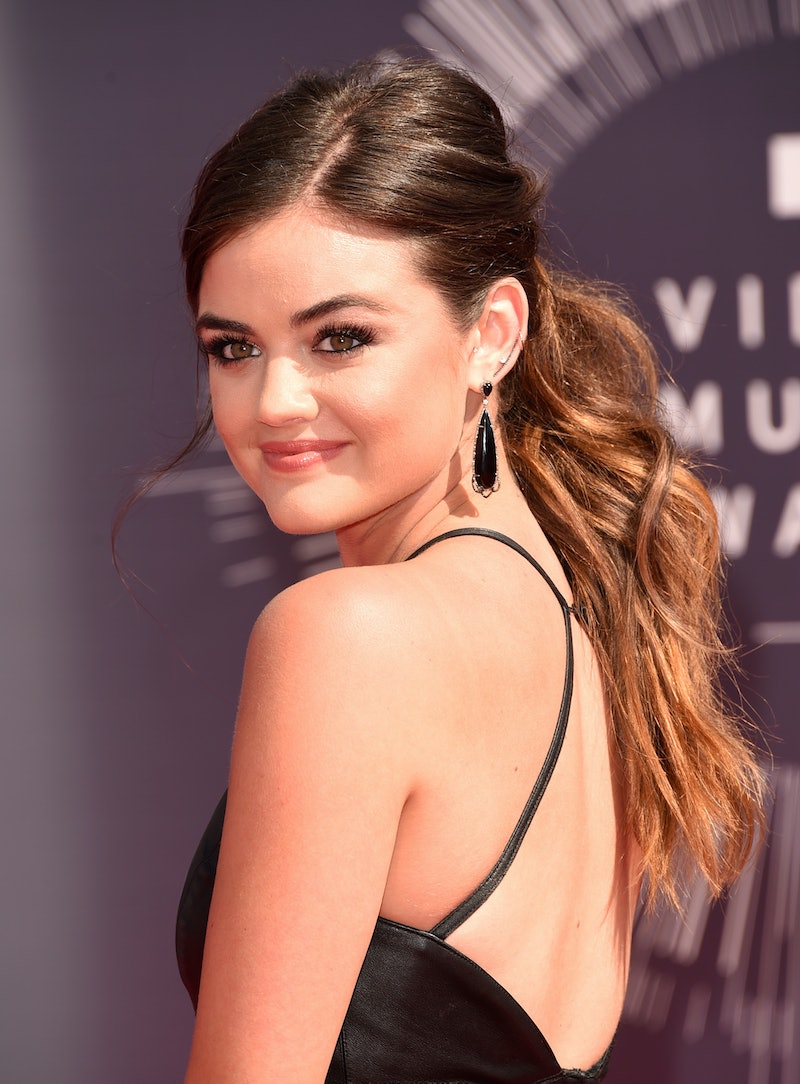 Quick, someone cue "We Can't Stop." That song should be the celeb hair anthem of 2014, since celebs who lob can't seem to stop at shoulder-skimming, face-framing length. They keep going and going. Singer and actress Lucy Hale cut her hair again, taking her silky chocolate lob up a few inches, following the follicular path of Kaley Cuoco-Sweeting, who now has a pixie after chopping in several stages, and Lauren Conrad, whose lob has gone short enough for it to be considered an actual bob at this point.

Hale, known for her cascade of glossy brunette waves, shared a mid-cut snap on her IG feed, noting that she can't stop going shorter. What is it with celebs going under the scissors for a trendy lob chop and being unable to stop? What's the psychology at play?

Well, it's probably due to the fact that many of them, namely this particular trifecta of lovelies, had really long hair for a really long time and hacking it off in one fell swoop would be A) way too traumatic and B) too much of a commitment too soon.

So they become newly shorn in stages, which makes a new cut easier to adjust to. Or perhaps they went into the lob knowing they wanted a much shorter cut eventually and did the deed in baby steps in order to test drive the shortness. Or maybe they always planned for a simple lob but liked the shorter length so much that they decided to be daring and experiment further.

Is this the psychology of the celeb lob? I think so. Let's look at Lucy, shall we?

Hale would be gorgeous even if she were bald, but this bouncy and super trendy cut definitely works well with her face shape. And is it me or does she resemble Kylie Jenner as of late, minus the inflated lips and blue tips? I've included more photographic evidence of Kylucy below.

Hale and Jenner could be twins.

The doe eyes and that adorbs Christmas costume also bring out her inner Kylie.