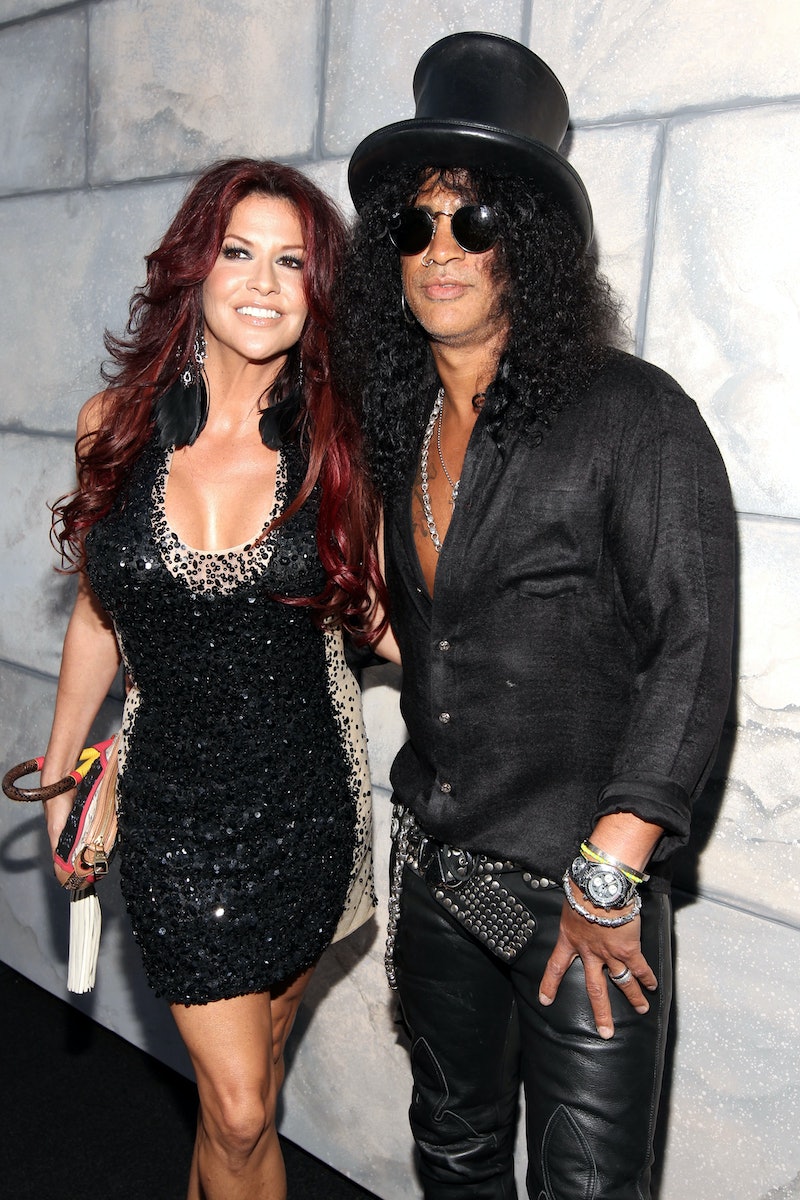 Keep Slash/Slash's top hat in your thoughts today, because the Guns 'n Roses guitarist is dealing with some messy personal stuff. Specifically, Slash is getting divorced from his wife Perla Ferrar after 13 years of wedded bliss. Looks like it's time to change that Facebook relationship status to "it's complicated."

As TMZ reports, the hair metal rocker filed divorce papers on Tuesday in Los Angeles. In the documentation, Slash reportedly listed "irreconcilable differences" as the reason for the split and cited the separation date as July 15.

In October 2001, the pair tied the knot, and they've raised two children together — London, 12, and Cash, 10. Slash has supposedly requested joint physical and legal custody of the two children who are named, in classic celebrity fashion, after geographical locations and money.

Incidentally, the couple has filed for divorce only to change their minds in the past. Slash and Ferrar filed divorce documents in 2010, but two months later, the couple decided they were fine and withdrew the petition. AHH, the mercurial nature of rock and roll love.

Last weekend, Perla flew to Hawaii with her two kids and supposedly told Slash to "work out his issues," according to TMZ. If this story is legit, it's a Lifetime movie waiting to happen. The title would be something like Welcome to the Jungle: The Torrid Love Affair of Perla & Slash.

What's a girl to do in the midst of a high profile breakup? Naturally, throw some righteous social media shade. And that's just what Perla did. I think. Over the past few days, Ferrar has posted some cryptic textual Instagrams that don't explicitly mention Slash, but let's face it, they're probably about Slash.

YIKES! This doesn't look good. Welp, at least there were snacks and white wine on her flight.

Nothing gets your mind off of marital stress like free airplane food, amirite?

While things appear pretty dicey at the moment, I'm sure this pair is keeping the best interests of their colorfully-named children at heart.