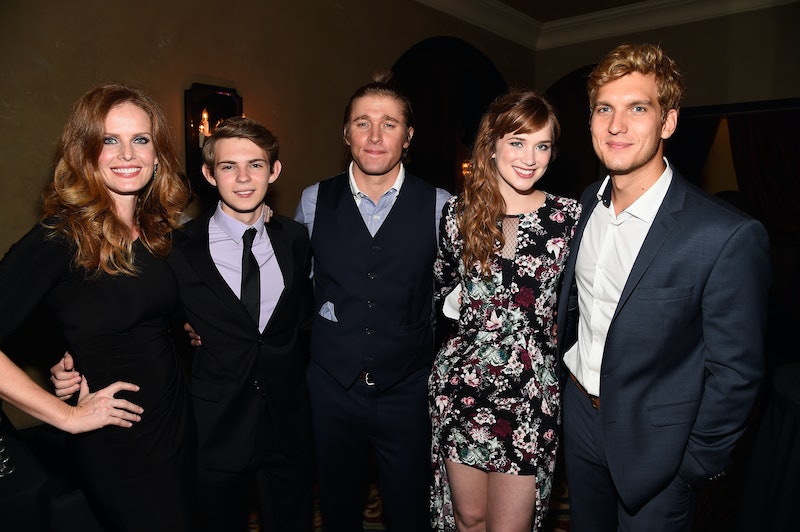 Once Upon a Time doesn't just bring happy endings for characters on the show — the good fortune also happens offscreen. Stars Ginnifer Goodwin and Josh Dallas met on set and are now married with an adorable son, and now Rebecca Mader is engaged to boyfriend Marcus Kayne! The actress — who played Zelena, a.k.a. the Wicked Witch, last season — announced the exciting news on Monday, tweeting a picture of her new bling as she rocked a Santa hat.

Mader and Kayne celebrated the holidays in her home country of England and have been spending some time in Ireland this week, where she showed off her ring again next to a pint of beer. They were actually traveling for a very special OUAT-related reason: Sean Maguire's wedding! Although Mader's Zelena and Maguire's Robin Hood did not interact onscreen, she attended the actor's wedding to girlfriend Tanya Flynn. There must be something in the water on the Storybrooke set...

With all of this happy news comes plenty of congratulations from costars, and one of the best was from Mader's good friend Emilie de Ravin, who acted with her on both Lost and on Once Upon a Time. See what she wrote below, and congratulations to both couples!