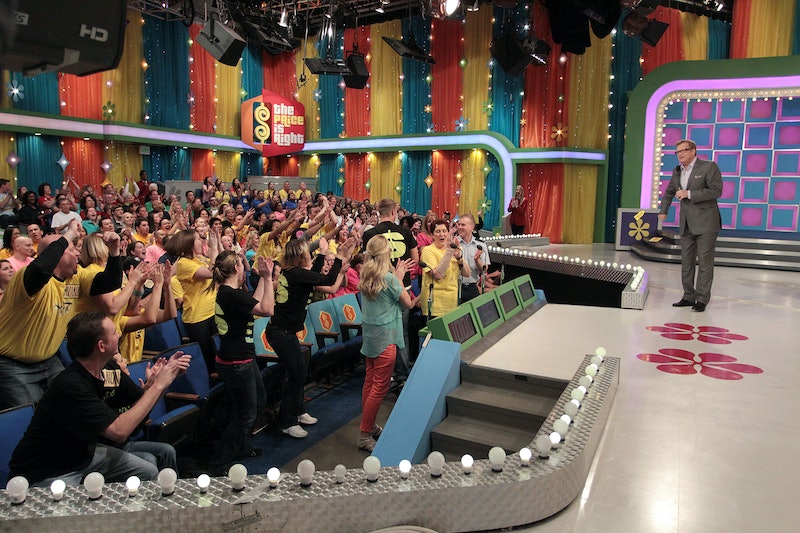 There aren't many game show fails on The Price Is Right , but when they do happen, they're epic. Are you sitting down? Because you may fall over after you see this ridiculously cringe-worthy moment from a contestant. It wasn't because he guessed totally wrong or that he failed at Plinko — he just was a little early with his celebrations. After everyone was told to "come on dooooown" and they guessed the price of an item, host Drew Carrey told the contestants that someone was right on the money and would get a $500 bonus! And as he revealed the winning price, Adam had an epic freakout, cheering and starting to fist-pump his way up to Carrey. Unfortunately, it was Linda who was the true winner, and Adam had to retreat back to his podium like a lost puppy with his tail between his legs.

I'm upset that they didn't zoom right into his face to see the moment of realization as Linda screamed in his ear and he got awkward pats on the back from his laughing fellow contestants. Even though he didn't win a $500 bonus, he did achieve viral internet fame, which may benefit him more in the long run. Four for you, Linda Coco, and none for Adam, bye.

More like this
After The Bling Ring, Nick Prugo Was Embroiled In Another Scandal
By Arya Roshanian
Twitter Is Freaking Out Over Rihanna’s 2023 Super Bowl Halftime Show Announcement
By Stephanie Topacio Long
Pro Footballer Zander Murray Is "Blown Away" By Support After Coming Out
By Sam Ramsden
TV Schedules Undergo Major Changes For The Queen's Funeral
By Sam Ramsden
Get Even More From Bustle — Sign Up For The Newsletter