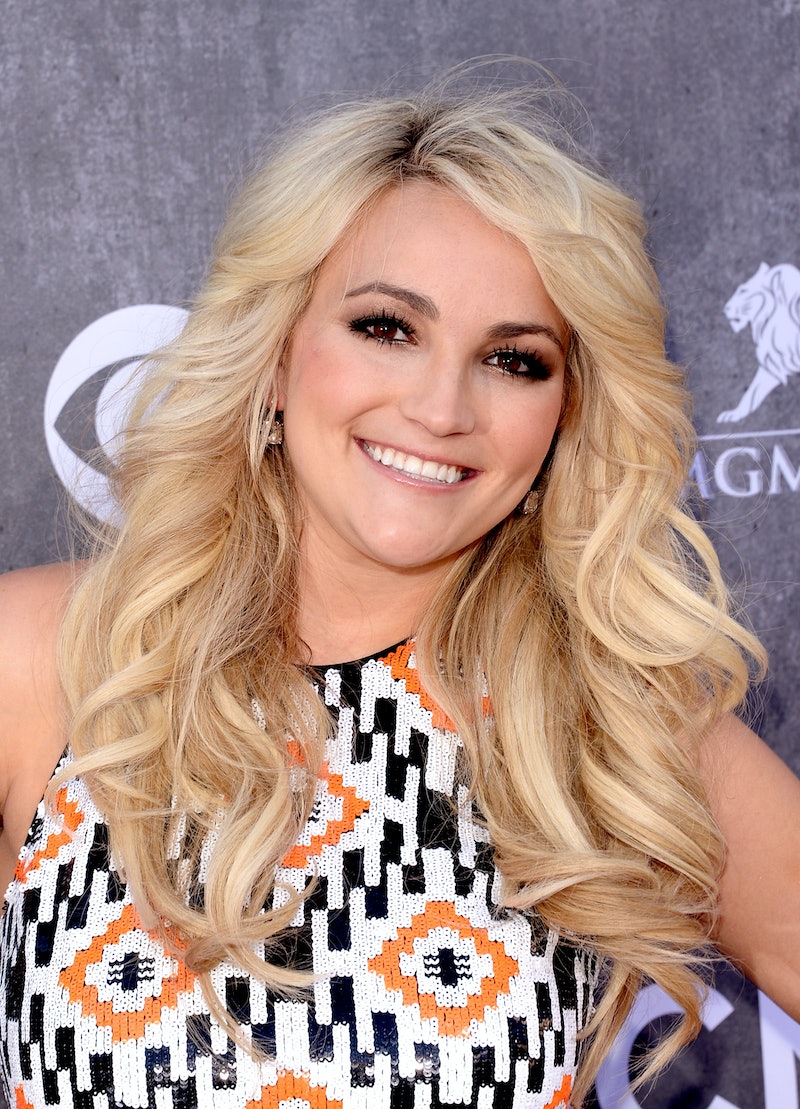 There are some headlines you read that confound you, inspire you, and just make you straight up say, WTF? Such was the reaction I had when I read via TMZ that Jamie Lynn Spears pulled a huge knife on a crowd to stop a brawl. Say what? The younger Spears has no doubt lived a very interesting life in the spotlight, especially because her big sister is BRITNEY SPEARS, but who knew she had a crime fighting vigilante gene in her?

I think my favorite detail about this story is that it took place at a Pita Pit in Hammond, Louisiana. I pretty much only remember stopping at Pita Pit in college for a late night munchie after my friends and I had too many two-for-one margaritas. Anyway, TMZ reports that Jamie Lynn and her friend made a late night stop for food (hmm, maybe margaritas were involved...) and someone hit her friend over the head with a bottle. And this is where the imagery gets pretty amazing:

That's when Jamie went all "Saving Private Ryan" ... dragging her friend to safety. Our Spears sources say Jamie pulled her behind the sandwich counter — then grabbed a long serrated bread knife and started waving it around to stop the fight.

OMG the Saving Private Ryan reference is just killing me, but apparently her act of defense for her friend stopped the fight until the cops came on the scene! I'll tell you something, this story definitely makes me respect Spears a little more.

After hearing her be called a "sandwich shop vigilante," I wondered if there were any other celebrity vigilantes that have taken matters into their own hands in a moment of distress, because no one should let a bottle to their friends head slide.

As if I needed any more reason to absolutely adore Drew Barrymore, back in 2008, she was the victim of a hit and run accident while she driving, but she did not sit around and wait for the culprit to disappear — she chased them! The actress caught up with the guy at a shopping center parking lot and got his license plate number. She didn't press charges but was happy to get her point across. "At least I stood up to the guy. I didn't take it," she told Jay Leno on his show when recounting the incident."Or I'm just totally crazy," she added. "Other friends have said that was maybe not the smartest approach."

Like in Spears' case, no one should get between a lady and her late night snacks. In 2009, Nicky Hilton was minding her own business at an IHOP at 4:00 a.m. when a homeless man assaulted her and pushed her in the back. Hilton swiftly got riled up and placed the man under a citizens arrest, and lucky for her a deputy was actually present inside the IHOP getting his grub on. I like a girl that stands up for herself.

Although he got hurt in the process, Alex Trebek chased down a burglar in his hotel and got his stuff back! While he was staying at a San Francisco hotel, he apparently woke up at 3:00 a.m and noticed someone leaving his room with his things. Trebek promptly chased the person down, but fell in the hallway and ruptured his Achilles tendon! At least he got a stolen purse and his wallet back...

In 2008, Tim McGraw stepped in to protect some fans against a super rowdy (and very drunk) fellow concert goer. While singing on stage, he noticed the fan possibly attack a female fan, and he yelled out "Get rid of this guy, security!" and when they took too long McGraw pulled out the guy from the crowd and did it himself.