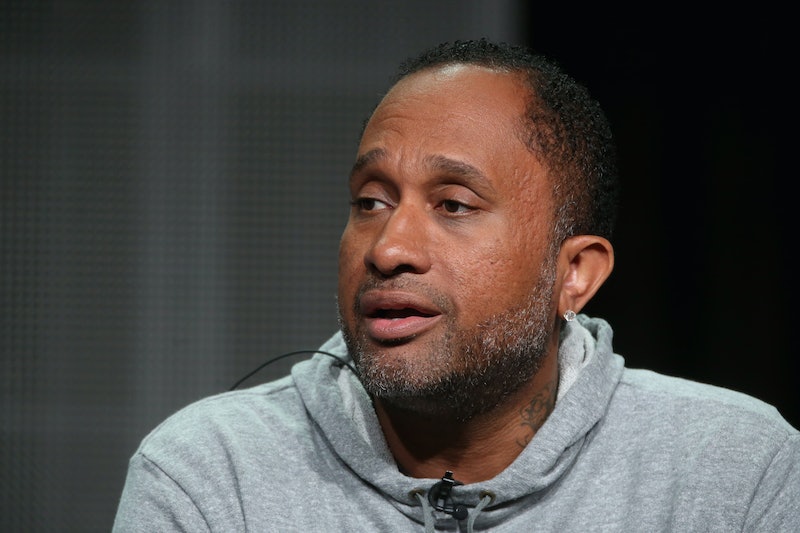 A few days ago, Judd Apatow weighed in on the Bill Cosby controversy by expressing support for the victims on Twitter, especially criticizing Canadian venues that were allowing Cosby to continue his scheduled performances. Apatow also responded to several Bill Cosby apologists, and the tone of his tweets was enraged to say the least. But on Monday, the creator of Blackish Kenya Barris took to his own Twitter with some choice words for Apatow — namely, about Barris' discomfort with Apatow's intense involvement in the conversation and how he was absent during #EricGarner and #ICantBreathe. "It's like you're getting some sick pleasure out of watching a black man who meant so much to so many fall," said Barris.

The Blackish creator immediately got a negative response; Twitter users took his tweets to mean that he was defending the comedian who has so far been accused by 21 women of sexual assault. *Even though Barris said in his tweets that he wasn't defending Cosby at all.) He also called Apatow out for his stereotypical black characters, and for not having any personal meaning attached to Cosby, as opposed to what the comedian meant to the black community.

Barris may have been misunderstood, but the argument he was making was perhaps a little bit too complicated to explain in 140 characters. Though he wasn't defending Cosby or denying the victims' experience at all, he was trying to explain what the fall of Cosby meant to his black fanbase, since he was such an icon.

Though Barris got a lot of hate and blame from followers, including Roseanne Barr's anger about Barris' implied silencing of the victims, I do think that he brings up a salient point. People who were deeply attached to Cosby are having a different experience of anger since the accusations of the comedian began coming out rapidly. This is what Barris is trying to explain to Apatow.

Barris' tweets may have erred on the precipice of the Blackish creator seeming like he was defending Cosby, but I think he did the best he could to explain the nuances of the Cosby controversy and what different meanings it has to the black and white audiences that are watching the developments.

Apatow, however, responded in perhaps the best way a white person could: he told Barris he didn't think he meant to defend Cosby, and that they should talk privately. Barris, I think, was right to feel uncomfortable with a situation in which race can't be ignored.

More like this
At 28, Melanie C Was Falling In Love & Reclaiming Her Confidence
By Olivia-Anne Cleary
How Alexia Del Valle’s Latinx Roots Influence Her Content
By Alexis Morillo
After The Bling Ring, Nick Prugo Was Embroiled In Another Scandal
By Arya Roshanian
Megan Rapinoe's Relaxation Hack Is Super Dreamy
By Carolyn Steber
Get Even More From Bustle — Sign Up For The Newsletter