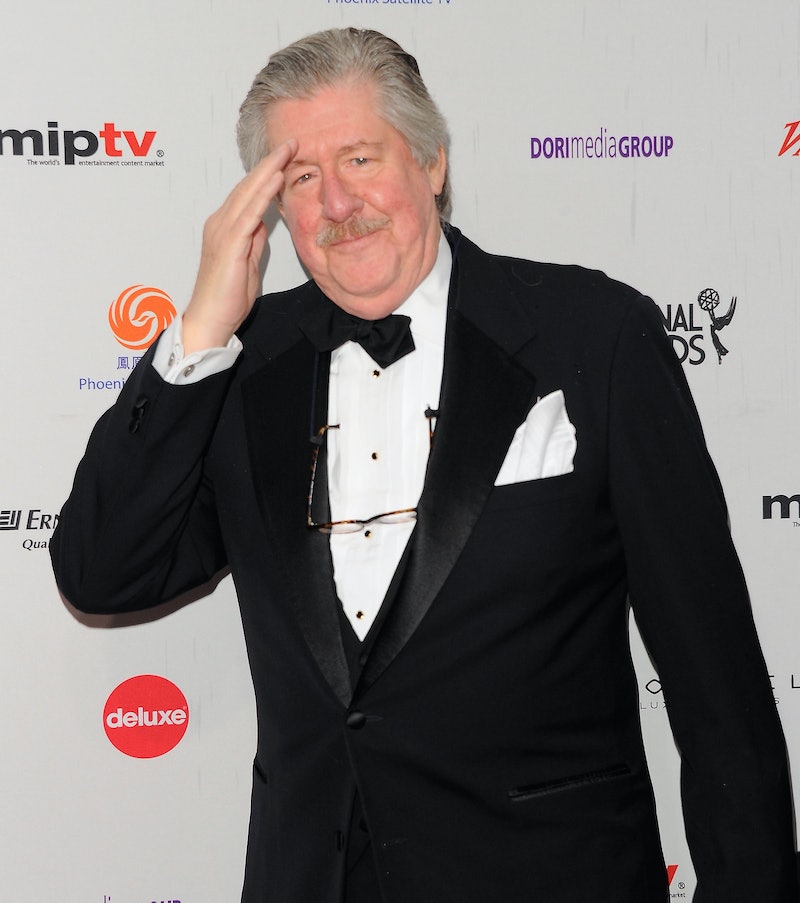 While the news of the highly anticipated reunion of The Gilmore Girls cast at the upcoming ATX Festival in June undoubtedly had fans super excited to see the actors from the popular series come together again, there will be a noticeable void when they convene next year. Gilmore Girls star Edward Herrmann passed away Wednesday morning at the age of 71 after battling brain cancer.

While his role as the quirky yet comedic Richard Gilmore earned him popularity in recent years, a little research shows that the veteran actor had quite the extensive acting resume that included theatre, TV, film, and voiceover work. Aside from winning an Emmy in 1999 for his portrayal of Anderson Pearson on The Practice, Gilmore's made appearances on shows like Grey's Anatomy, Law & Order, Drop Dead Diva, Harry's Law, CSI, Black Box and The Good Wife, to name a few. In addition to several successful onscreen roles, Herrmann's voice can also be heard in The Wolf of Wall Street.Needless to say, he was a major Hollywood talent whose presence will obviously be missed. Meanwhile, for those of who may not be that familiar with Herrmann outside of his incomparable contribution to Gilmore Girls, here are six of Herrmann's best roles to date.

This appearance was one of three times that Herrmann portrayed FDR on TV or in a film. He also played the part of the former president in Eleanor & Franklin: The White House Years and in the first film adaptation of Annie.

In the 1994 film, Herrmann played Richard Rich, the billionaire father to the movie's title character, played by Macaulay Culkin.

Max in The Lost Boys

I will never forget Herrmann's creeptastic portrayal of the eerily calm head vampire in charge in the classic Joel Schumacher-directed horror flick.

Herrmann played Grant, the rich husband to his uptight wife Joanna (played by Goldie Hawn), who develops amnesia after falling overboard from the couple's expensive yacht, and winds up playing unwilling wife and mother to a scheming bachelor and his rowdy children.

Once again, Herrmann took on the role of a rich man trying to get rid of his wife in the 2003 comedy starring George Clooney and Catherine Zeta Jones.