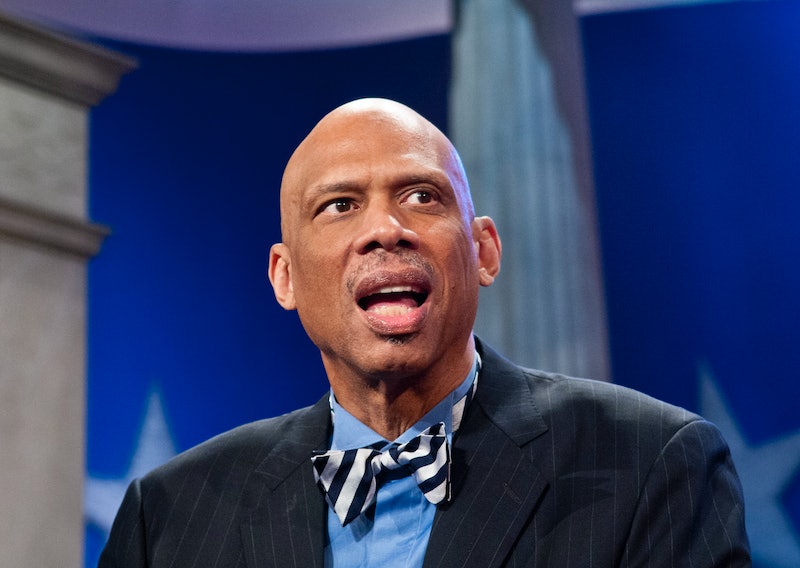 Apparently, it isn't enough to be a former center for the Los Angeles Lakers and secret Airplane-flyer. Nope: Kareem-Abdul-Jabbar has now written a novel called Mycroft Homes, based on Sherlock Holmes' prickly older brother.

The New York Times reports that Abdul-Jabbar has been a fan of the series ever since his rookie days with the Milwaukee Bucks:

Mr. Abdul-Jabbar, a 19-time N.B.A. All-Star, began reading Arthur Conan Doyle’s stories more than 40 years ago, during his rookie season. “I was fascinated by Holmes’s ability to see clues where other people saw nothing,” he said in a statement released by his publisher.

The novel follows the elder Holmes brother (a young man and recent graduate in Abdul-Jabbar's interpretation) to Trinidad, where he finds many of the problems that usually plague his younger brother — dead people, missing people, and senseless clues such as backward facing footprints on a beach.

This book is not Abdul-Jabbar's first fling with a pen. Abdul-Jabbar is also the author of several children's books, a few non-fiction works, and an autobiography (which promises to be an interesting read, judging by his eclectic tastes). This, his first mystery, was co-written with On The Shoulders Of Giants writer Anna Waterhouse.

Mycroft Holmes will be released this fall and is being published by Titan Books. Admittedly, it sounds awesome.