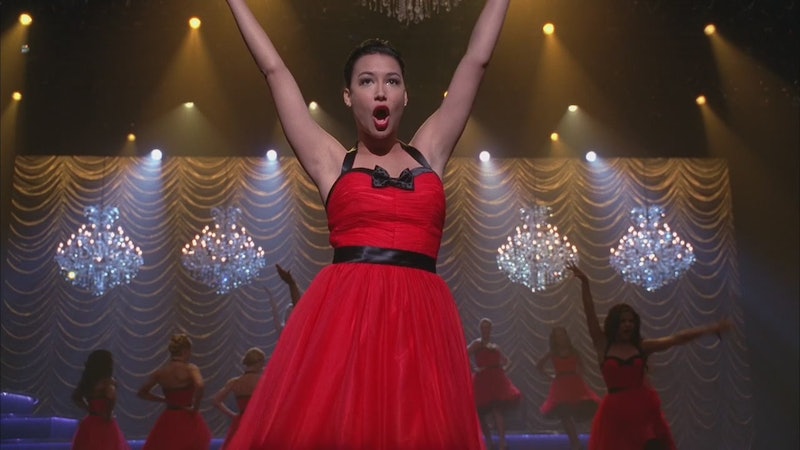 Opening night is the theatrical equivalent of a mother bird shoving its babies out of the nest and expecting them to fly, and the stakes are just as high—if you fail, you've got nobody to bail you out. I mean, ideally after months of meticulous rehearsals, visible underarm sweat and saying your lines so often that you wake up muttering them in your sleep, opening night would run smoothly, but experienced theater folk know that that's rarely the case. All the practice in the world is not going to make up for the inevitability of something going wrong the first time you put up a show.

And knowing this in your bones, there are only so many ways your body can cope. Sure, there is the typical anxiety that you would expect from someone about to do semi-socially unacceptable things in front of a large group of people for two and a half hours, but it goes so much deeper than that. Not to mention we're already a bit dramatic to begin with, so having our nerves even further strung out can only lead to cataclysmic awkward things like these that all theater people do on opening night:

And casually concerning all your non-theater friends by sounding like a chain smoker.

Swallow your hatred for non-theater friends who say "good luck"

Pee too many times to count

You're pretty sure you're peeing out an ancient Gatorade from 2004 and possibly everything you drank since then. You're basically a human fountain.

"Yes, come to the show. Tomorrow. Or the next day. Or seriously literally any day except this one."

Show up an hour before you're actually called

And then sit there festering in your anxiety as you realize that you did yourself no favors by sitting alone in the costume room with all your paranoid crazy person thoughts.

Brag about how totally not nervous you are

And duck when the stage manager spots you and flashes you the "Don't test me if you want to make it to Act 2" eyes.

Haha look, OUR EYES ARE SCREAMING.

Fantasize about pulling the fire alarm

You feel oddly compelled to humble-brag on social media about #OpeningNight, but you are also paranoid that you will somehow jinx it. Your relationship with social media has never been more torn.

Participate in a frighteningly ritualistic theater game with the whole cast

No, this is totally normal. In fact, I stand in large circles of heavily made up people holding hands and aggressively chanting nonsense rhymes on a regular basis.

Spray bottles are for the weak. Pop that top and get this party started.

While your eyes widen at them really aggressively and you stare at each other in total silence.

Internal screaming the moment the lights go up

BLACKOUT ENTIRELY FOR THE NEXT FEW HOURS

Maybe you're high on adrenaline (more likely, it's all the Throat Coat), but honesty hour: Do any of us actually remember the performing part of opening night? It's like we go on for bows and as soon as our little heads pop up, the last few hours are gone. I read once that women have a hormone that makes them forget the pain of giving birth to trick them into doing it again, and I feel like the same shenanigans are in play here.

Eat more than you ever had in your life

Odds are you skipped dinner anyway and the midnight drive-thru at Taco Bell is a NO JUDGMENT ZONE.

More like this
The Spiritual Meaning Of Angel Number 000, Explained
By Kristine Fellizar
On TikTok, Tinned Fish Date Night Is The Latest Viral Food Obsession
By Emma Carey
10 Ways To Be More Empathetic To Your Partner
By Raven Ishak and Lexi Inks
Think Your Partner Is Cheating? These Tarot Cards May Confirm Your Suspicions
By Kristine Fellizar
Get Even More From Bustle — Sign Up For The Newsletter