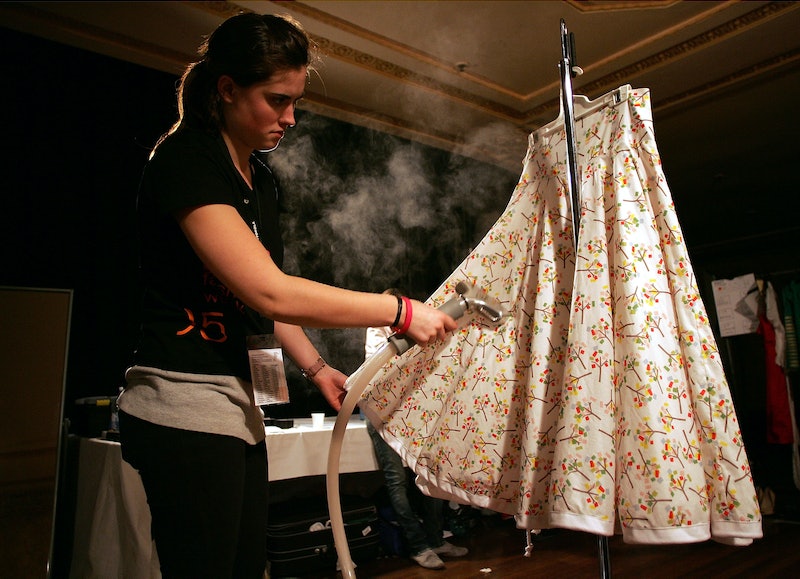 Professional Internet troll, I mean writer Elizabeth Wurtzel is back at it again this week with an essay in The Daily Beast about how awful Millennials are. Why can't we just be more like Led Zeppelin?, Wurtzel demands. Or at least more like P. Diddy. Or like her! Why aren't we doing more with our lives????

I think this piece was basically designed to remind us (lest anyone ever forget) that Wurtzel had a book published by age 26. She says that some people (those who don't understand how aging works) still think she's 26, but no — she is in her mid-forties and so are Jay-Z and Jon Stewart and geezus WHY ARE WE SO LAME? Nevermind that there are a ton of Gen Y actors, artists, screenwriters, musicians, advocates and entrepreneurs who have done a lot with their roughly 13 to 31 years already. Wurtzel hasn't mentioned them in this article, so they must not exist. Poof, be gone, reality! This is Elizabeth Wurtzel writing, after all.

"I blame the Internet," Wurtzel concludes. She also blames China, piracy, the declining quality of the New York Times bestseller list and our false consciousness (newsflash, Gen Y: Facebook friends aren't your real friends and Wurtzel is here to clue you in!). She's sympathetic to all that, of course, but could we just become geniuses already so she can live vampiricly through us on television, please and thanks? Like that nice Lena Dunham! Why can't we all be more like Lena Dunham?

Anyway, that is the gist of Wurtzel's nonsensical anti-Millennial screed and lest you think I'm just being overly snarky or deliberately obtuse, I've rounded up some of the best comments from other outlets on Wutzel's garbled essay.

Emily Shire at The Week wonders about the point of a comment on Dunham's "inexcusable thighs." Is it "supposed to be a vapid, poorly conceived insult directed towards Dunham? Towards millennials with thighs? Who knows?" She also takes issue with the way Wurtzel utterly refuses to take the cultural and economic climate into account.

She gives a scant half of a sentence to the bad economy and crippling financial situation millennials inherited, saying, "I agree that college debt sucks something awful, but that can't explain the complete sign of no life at all." Actually, for those of us who didn't become bestselling authors at age 26 and cash out our cultural achievement into movies, the weight of student debt is no small thing.

Norren Malone at New Republic says she's "mildly sympathetic" to what she believes is Wurtzel's point: that twentysomethings today are a more careful generation than ones past.

But she pins this argument on culture and misses too many people to name here. She could have named Frank Ocean and Kendrick Lamar instead of fortysomething rappers who came up in the nineties. She could have namechecked Tavi Gevinson, who is wildly successful and ambitious and still younger than Lena Dunham was when she frolicked in the Oberlin fountain. She could have brought up a million people putting their comedy and art and writing and music on the Internet and learning from each other's stuff and meeting each other that way. But instead, she named cross-generational successes and the twentysomething art that has connected with older audiences, that has made it past older gatekeepers. In a way, that a 46-year-old (no matter how smart or hip or young-feeling) has missed all this should make Wurtzel happy. It means there is still a youth culture, after all, even if it's one she doesn't like.

Elizabeth Licata at thegloss calls Wurtzel "the literary version of 'The Girl You Wish You Hadn’t Started a Conversation With at a Party.'" What Wurtzel "is mourning in this piece is the monoculture that existed before the Internet," Flavorwire's Judy Berman points out. Jezebel's Tracy Egan-Morrissey thinks the essay highlights how Wurtzel "views life as a sprint, rather than a marathon."

Why are people supposed to be super successful by 26? How did that work out for her? Not so well.

[...] If anything, every time Wurtzel pops up with her occasional batshit loonball essays, it only reinforces how creative success at a young age can really fuck a person up. Or actually, this is what happens when you reward someone for being a young, fucked up person.

Wurtzel has long been chasing that high of being a hot 26-year-old with a bestseller. But because she was sprinting, she ran out of steam 20 years ago. She's the last person who should be giving advice to millennials. Fortunately, she's also the last one they'd listen to.

Oooh, burn! No, but seriously, she's right. And if Wurtzel had been a 20-something today — in the culture of Adderall and overachievers and optimism instead of Prozac and grunge and heroin chic — she probably wouldn't have had even that success. Times have changed, Lizzie! And the number one way to cement your slide into total irrelevance is by refusing to even try and understand why or how.

More like this
Here’s How To Find Your Spotify Wrapped
By Emma Lord and Emma Carey
Here’s How To Find Your Apple Music Replay For 2022
By Melanie Mignucci
Emily Ratajkowski & Pete Davidson's Astrological Compatibility, Revealed
By Nina Kahn
MOBO Awards Found Kanya King On The Woman Whose Grit & Determination Spur Her On
By Kanya King
Get Even More From Bustle — Sign Up For The Newsletter