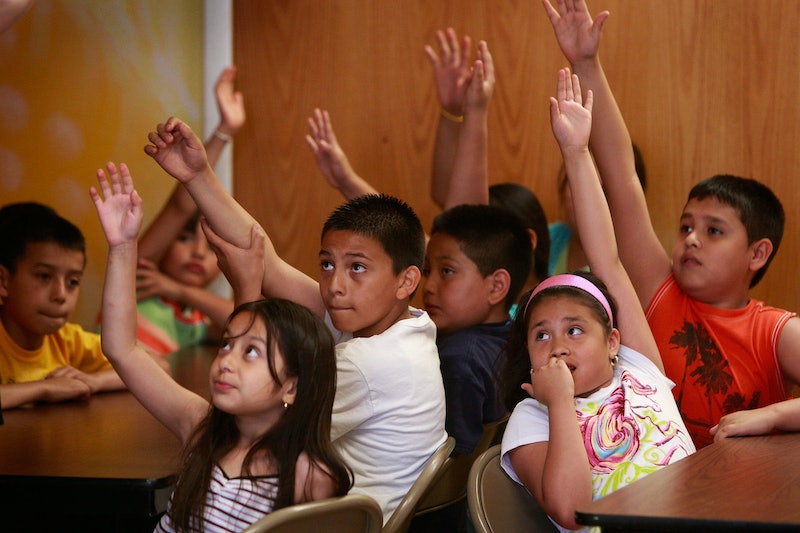 It looks like doctors are relying less on prescription drugs when it comes to treating mental problems in their youngest patients. According to a new study published Tuesday in the journal Pediatrics, prescription drugs used to treat psychiatric issues in some of the youngest children (ages two through five) leveled off during the end of the last decade after reaching an all-time high in the mid-2000s. These drugs include stimulants, anti-psychotics, and antidepressants, as well as medicines used to treat the increasingly-prevalent attention-deficit hyperactivity disorder, or ADHD.

The decreased number of young children being placed on these prescription drugs occurred even as instances of young children being diagnosed with behavioral disorders climbed. So what are doctors doing instead? Researchers believe that in this decade, many physicians and their families are relying more on behavioral therapy than pill-popping to address the problems in pre-schoolers.

According to the study's senior author Dr. Tanya Froehlich, looking at the use of prescription drugs for mental disorders in young children is particularly important for understanding how these substances can impact development. "It's good to get a gauge on what we're doing with psychotropic medications in this age group, because we really don't know what these medications do to the developing brain," Froehlich said.

In 2004, the Food and Drug Administration issued a warning about a potential link between antidepressants and suicidal thoughts and actions in children.

More like this
19 Latinx Therapists & Mental Health Experts To Follow On Instagram
By Kaitlyn Wylde, Naydeline Mejia and Lexi Inks
Here's How Cardio & HIIT Affect Your Body Differently
By Carolyn Steber
15 Talc-Free Makeup Brands For Safer Eyeshadows, Powders, & More
By Audrey Noble
My Honest Review Of Rumble Boxing
By Carolyn Steber
Get Even More From Bustle — Sign Up For The Newsletter