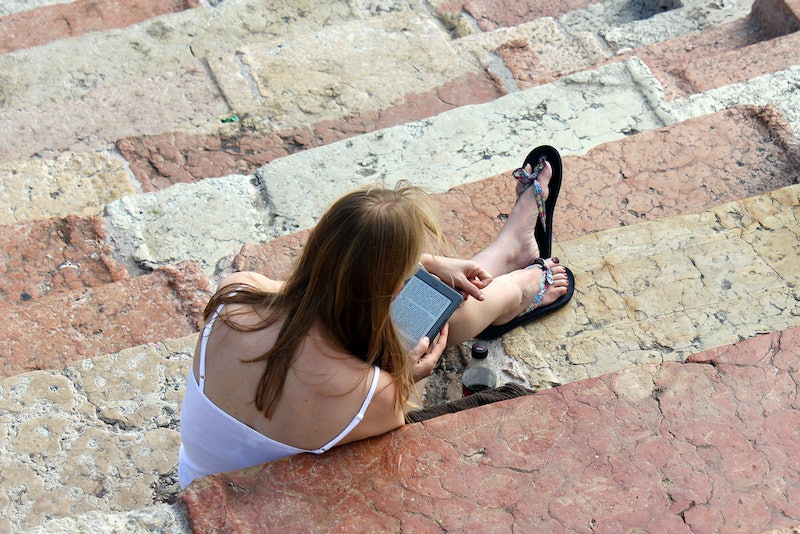 You rent your movies from Netflix, your music from Spotify, but where do you go for book rentals? This is a question that the book industry is currently trying to figure out, and with the announcement of another e-book subscription service site, and one more on the way, the solution just got a little more complicated.

Scribd, a document and book sharing site, announced Tuesday that it has partnered with the major publishing house HarperCollins, and for a $9 monthly fee, readers will be able to access thousands of the publisher's titles released prior to June 2012. (You can rent an unlimited number of titles, though you can only store up to 10 books offline at a time.)

The rental service comes with a personal login, so subscribers can read rented books on their iPads, iPods, Androids, computers, or e-readers.

"For power readers, this is going to be like a dream come true," Scribd CEO Trip Adler told the Associated Press. "We think this could really change the book publishing's business model and change people's reading behavior." But as the New York Times pointed out, readers accustomed to the nearly limitless selection of Amazon's Kindle Store or Apple's iTunes Store might be put off by the smaller selection and older titles available on Scribd's site.

For now, Adler told The NYT, he sees this partnership as a stepping stone to Scribd becoming a "destination site for readers."

HarperCollins also recently teamed up with Oyster, which offers a rental service strikingly similar to Scribd's. For $9.95 a month, readers can access Oyster's 100,000 titles (Scribd's stock comes in at half that) with no limit on the number of rentals per account. Another subscription site called eReatah Inc. will launch later this month with 90,000 titles, including books from HarperCollins and Simon & Schuster — a house with which Oyster and Scribd have yet to strike a deal. eReatah Inc. will use a pricing model slightly different from the others, offering tiers of subscriptions rather than the one flat rate of Oyster and Scribd.

So, although it is unclear which of these services will be top-dog, book rental programs appear to be next the step in the evolution of reading. Consumers will now be the next judge as to whether they'll take the bait.