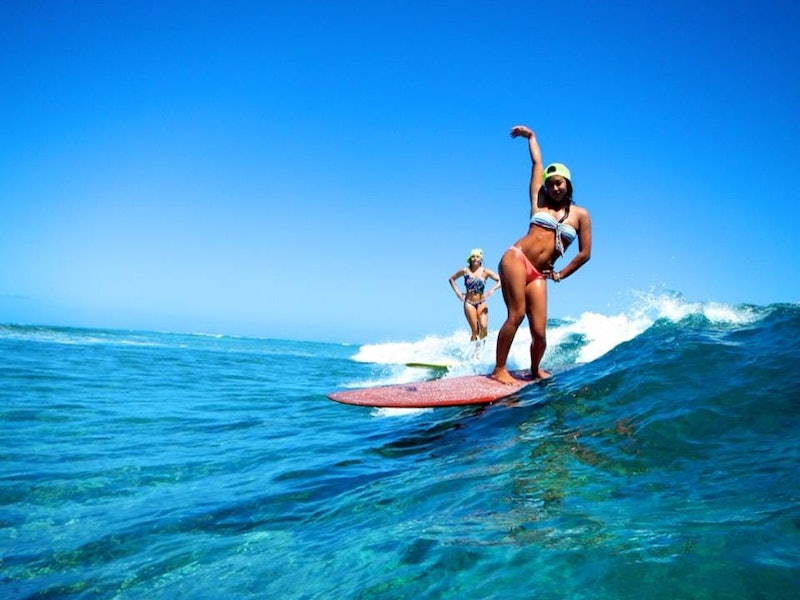 When over 21,000 people sign a petition against your recent ad campaign, you’re doing something wrong. That is exactly what recently happened to Roxy when the company released a video to promote an upcoming women’s competition in France. As described by surfer/blogger Cynthia Krueger, the “all sex, no surf” video “features a faceless blond female surfer (later revealed as Stephanie Gilmore) lolling in bed in her underwear, showering, waxing her board (close-up on her bikini top) and paddling out into the ocean (close up on her bikini bottom), but not surfing.”

The petition, created on change.org, insists that Roxy “stop the sexualization of women in your marketing and advertising” that “is not conducive to a healthy, empowered vision of women.” Cori Schumacher, who started the campaign, states

I’ve been surfing for as long as I can remember and worked hard to become a professional surfer. In my time competing, I noticed that male surfers were able to earn a living off their prowess and performance and easily picked up sponsorships and large prizes at competitions. Female surfers, on the other hand, had to present themselves as modelesque beach babes in order to get meager sponsorships, and even to move forward in many competitions.

Roxy’s recent advertisement for a surf competition features a 5-time World Champion surfer suggestively undressing without showing us her face, and never actually shows her surfing! This tells young girls it’s more important to be sexy than to be strong or a good surfer.

Apparently 21,000 voices are not enough to encourage Roxy to change their ways. When Schumacher arrived at Roxy’s head quarters to discuss the matter, execs told her that they would not be discussing the video. Perhaps the cold-hearted execs at Roxy will be more likely to stop their sexist advertising when they read ESPN’s report claiming that sex doesn't sell to female athletes.

It’s particularly disheartening that Roxy, one of the leading sellers of women’s surfing gear, can’t think of a way to market Stephanie Gilmore (who won five ASP world titles in the past six years!) other than stinging together close ups of her mostly naked body. Seriously? Even I could come up with something better than that.

Even though harmful ads reinforcing gender stereotypes are still prominent, it’s awesome to see people like Schumacher (and the 20,000 signees) taking a stand. Take that, sexist advertising.