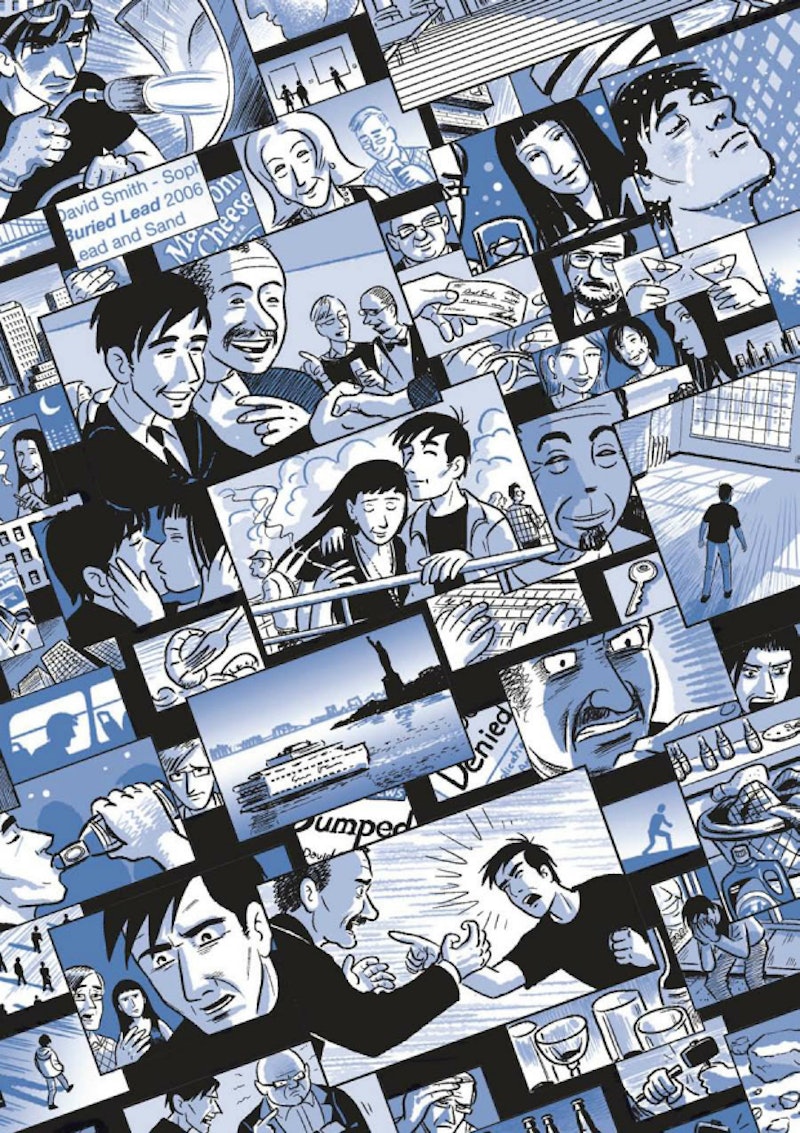 If you know comics, you know Scott McCloud. He's one of the most famous thinkers and theorists in the industry, notably with his seminal 1993 book Understanding Comics, and he's lectured at places like Pixar, Google, and the Smithsonian Institution. For more than 30 years, McCloud has been writing and illustrating both fiction and non-fiction comics and graphic novels — but February's The Sculptor (First Second) is his first full-length graphic novel, and it is already being called McCloud's magnum opus.

The Sculptor is a fictional take on what McCloud has been talking about in his lectures and nonfiction theory books: Just how far should we go for our art?

In The Sculptor, David Smith makes a deal with Death to gain the superhero-like ability to sculpt anything he can imagine with his bare hands. He literally gives his life for his art. His decision is based on his mind-numbing fear of being forgotten when he dies; he is starving to leave a legacy in his art. So now, the young sculptor only has 200 days to live, and of course it's the perfect time to meet the absolute love of his life, named Meg. (Who McCloud has said is based on his real-life wife Ivy.)

These 200 days, told in nearly 500 pages in the graphic novel, becomes a breakneck paced story rushing to the end of David's life. It pulses with human emotion and sets the stumbling passion of first love against the backdrop of a gorgeous portrait of New York City. Though slipping into the supernatural, McCloud's graphic novel really shines in his descriptions and illustrations of the small, warm, human moments that we all can relate to, artists or not.

First Second, the publisher behind McCloud's The Sculptor, has worked exclusively with Bustle to present the first-ever trailer for the cartoonist's latest graphic novel. It will not only give readers a taste of what's to come in the storyline, but will showcase the incredible art held within the pages.

Pro tip: Just do what I did and pause the trailer every half second to really get a good look at McCloud's illustrations. It's a graphic novel all artists and comic fans need to get their hands on come February 3 because it's like it's speaking directly to you as a person in this world.