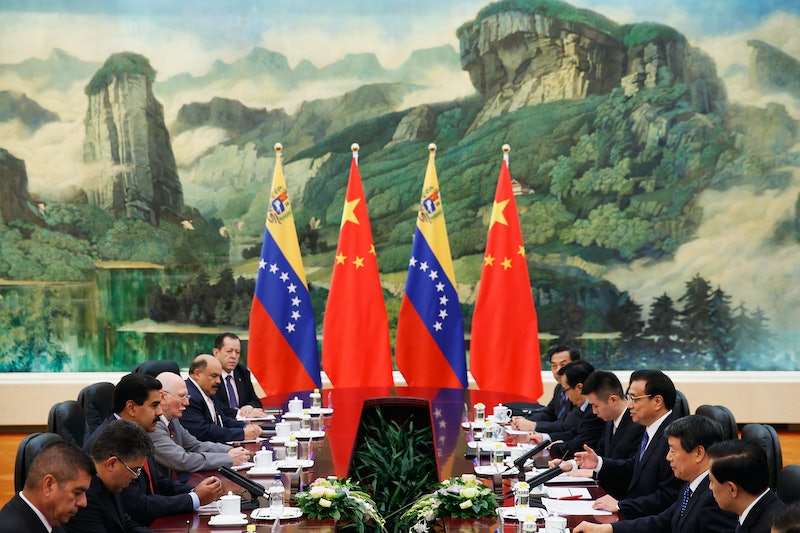 Apparently the old adage "an eye for an eye" has a place in politics too. The U.S. has decided to boot three Venezuelan diplomats out of the country, following the expulsion of three U.S. diplomats from Venezuela. Venezuela's President Nicolas Maduro decided Monday that a group of U.S. diplomats, including U.S. charge d'affaires Kelly Keiderling and two colleagues, David Moo and Elizabeth Hoffman, were trying to stir up some major trouble... like joining in on a conspiracy the destroy the Veneuzuelan power grid and overall economy. Maduro says he has evidence that the group took part in bribing energy companies to reduce production. So he decided they had to leave the country, giving them 48 hours to get out.

U.S. officials have denied the allegations: "We completely reject the Venezuelan government's allegations of US government involvement in any type of conspiracy to destabilize the Venezuela government." But they weren't done: the State Department decided Tuesday that the only fair thing to do was kick out three Venezuelan diplomats in a similar fashion.

"It is regrettable that the Venezuelan government has again decided to expel U.S. diplomatic officials based on groundless allegations, which require reciprocal action. It is counterproductive to the interests of both our countries," the State Department said in a statement.

Critics have claimed that the expulsion of U.S. envoys is being used as a "smoke screen" to hide the rapid descent Venezuela's economy thanks to poor production and rampant corruption. The U.S. and Venezuela have not had ambassadors in each other's capitals since 2010 making the ousted envoys the highest-ranking diplomatic representatives in each country.