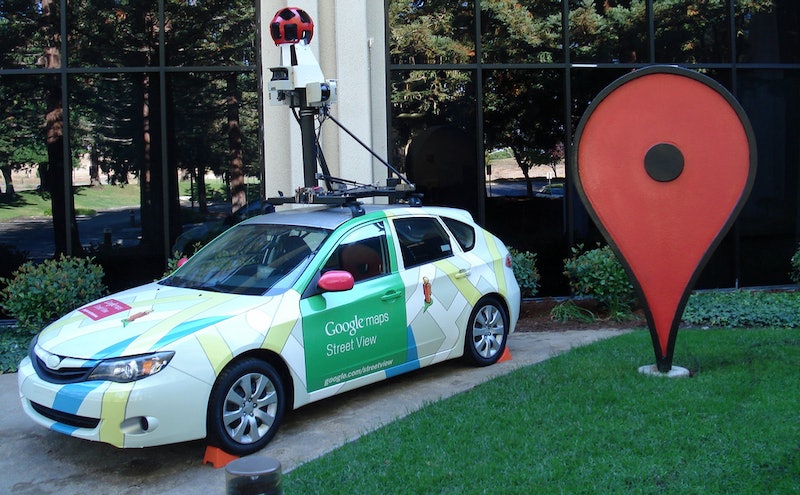 The surveillance debate rages on. Google has been accused of wiretapping in not one, but two potentially class-action lawsuits that federal judges ruled Tuesday can move forward in the courts. The cases are comprised of various lawsuits surrounding Gmail and Street View mapping. They're not exactly the stuff of Edward Snowden, but rather, prosecutors allege, invasions of privacy rooted in Google's ordinary but, um, illegal business practices.

The first case stems from a 2010 lawsuit regarding Google's habit of auto-scanning Gmail messages and displaying ads based on the content of the emails. Plaintiffs say Google went too far in collecting user data by 'reading' the emails without user consent and, as such, that the practice violates state and federal anti-wiretapping laws. (Not that that stopped the NSA.)

Google's motion to dismiss was pretty flimsy: They contended that by sending or receiving messages, users consented to the interception. Furthermore, they argued, it's not humans reading the messages, but the same technology as spam scammers, which picks up on "pattern text." They also argued that interception, if necessary in an "ordinary course of business," was exempt from federal wire-tapping laws. Basically, their message was creepily 1984-esque: don't expect privacy.

"Google uses Gmail as its own secret data-mining machine, which intercepts, warehouses and uses, without consent, the private thoughts and ideas of millions of unsuspecting Americans who transmit email messages through Gmail," lawyers for the plaintiffs wrote in their opposition to Google's June motion to dismiss the case. Judge Lucy Koh threw out Google's motion to dismiss last Thursday, saying that implied consent wouldn't hold. Her rejection paves the way for a class-action lawsuit against Google.

The second case involves Google's appeal last week for a reconsideration of a Sept 10 ruling that held Street View cars collected information from unencrypted personal networks. The appeal was also dismissed. and the case is good to go ahead.

While Google's managed to duck privacy penaliies in the past, the ubiquity of Gmail (425 million users) and the potential for class action means that fines will be really, really expensive. The ruling will also affect other email services and set a precedent for future cases about the confidentiality of online data by calling the outdated, pre-email Electronics Communications Privacy Act (1986) into question.

"What's at stake is a core digital privacy issue for consumers right now, which is the extent to which their digital communications are protected from use by third parties," said Alan Butler, a lawyer at the Electronic Privacy Information Center.