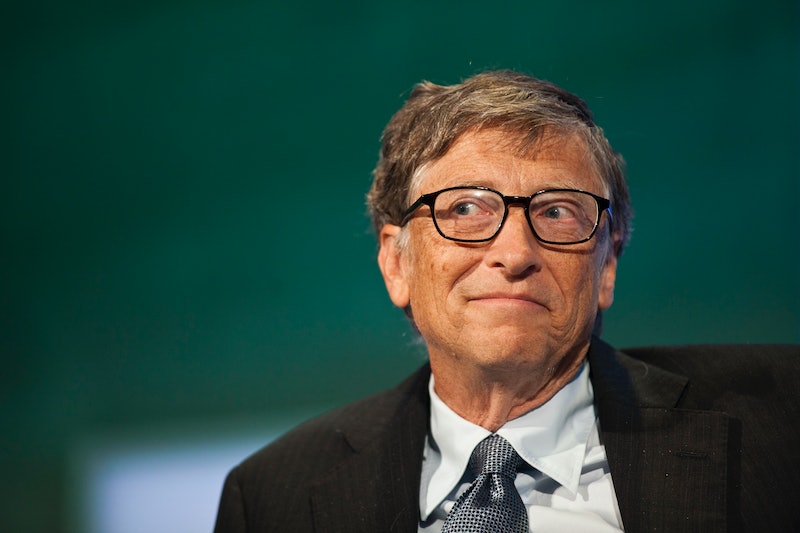 Looks like Bill Gates might have something in common with the late Steve Jobs after all. Reuters reports Wednesday that at least three key investors are lobbying the Microsoft executive board to remove Gates from his post as chairman, citing his presence as incompatible with any innovative steps forward for the company.

Three of Microsoft's top 20 investors are allegedly calling for Gates' removal, even though Gates stepped down as the company's chief executive more than a decade ago, handing the reins over to Steve Ballmer. Gates co-founded Microsoft in 1975 and remains the company's largest shareholder, not to mention chairman of its board. Still, his day job of recent years has been heading up the Bill & Melinda Gates Foundation, which is the largest private charitable foundation in the world. By 2018, under a pre-set plan Gates set up years ago, he will have sold all of his Microsoft shares anyway.

Microsoft is still a profitable and successful company, but lost its status as a chief innovator to Apple and Google years ago. Nowadays, Microsoft focuses on more low-level technologies: hardware for companies like Xbox, and software for the Internet era. The PC market is also still holding strong, though it lost its main stake in the personal-computer arena years ago — again, largely thanks to Apple. These days, Microsoft dwarfs as a software company alongside big players Google and Apple: Interbrand's just-released 2013 list of most valuable brands listed Apple as number one, with Google in second place. Microsoft's standing held firm at number five.

The concerned investors reportedly believe that Gates' presence as chairman doesn't allow the company to take a dramatically new direction, a premise that the rest of the board is more open to. In August, Ballman said that he would retire within the year, meaning that the appointment of a new CEO could spell a return to form for the company. For the last decade, Microsoft's shares have gone neither up nor down, but remained static.

Gates isn't alone in mogul-coup-town. Amid the "London Whale" scandal that saw JP Morgan Chase attacked in a report by the Senate for misleading regulators and investors about the bank's losses, there have been calls for Jamie Dimon to resign as president as well. The scenario faced by both Dimon and Gates mimics that of Jobs back in 1985, when the Apple board removed its co-founder as chairman and drastically minimized his duties. (You might remember the situation as being badly dramatized by Ashton Kutcher this year.)

Gates remains little more than the public face of Microsoft these days. Still, he's pretty busy saving the world with his $33 billion Foundation, which you can currently find making steps towards curing AIDS, eradicating polio, combating poverty in Africa, and a whole lot else. Not too shabby, then...