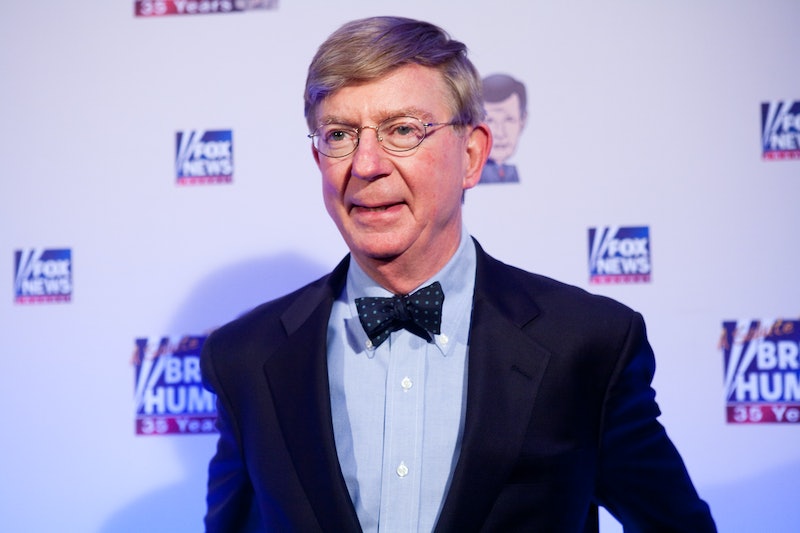 CNN's basking in the spotlight after third-quarter Neilsen ratings were released Wednesday. The network ousted MSNBC in daytime viewers for the second straight quarter. It also looks like CNN's stolen some viewers away from MSNBC and Fox: Ratings are up 9 percent, while its rivals both show double-digit declines. CNN also boasted the most weekend program viewers, thanks in part to Emmy-winning Anthony Bourdain: Parts Unknown, which took No. 1 in the Saturday night slot.

However, the network is down in primetime, with Fox continuing to hold its long-maintained top spot, even though CNN's Piers Morgan Live and Anderson Cooper 360 both increased in viewership. HLN, the network that mysteriously only plays in dental offices and budget gyms, took fourth place in ratings, but was the only cable network to increase in both day and primetime ratings. Keep going, lil' guy.

Meanwhile, Fox is looking to boost its daytime presence by hiring Pulitzer-winning political writer George Will, dubbed "the most powerful journalist in America" by a starry-eyed Wall Street Journal. Will will be joining Fox as a commentator.

Will is coming from his previous panelist gig on ABC's This Week with George Stephanopoulos. Before that, Will wrote a syndicated column that appeared in 475 newspapers, was an editor for Newsweek and the National Review, and graduated from Oxford and Princeton. No surprise here, but turns out he's pretty conservative. Here he is talking about the Constitution, which is a pretty great way to figure out where someone stands politically:

More like this
15 Piping Hot Behind-The-Scenes Secrets From 'Great British Bake Off'
By Emily Dixon and Darshita Goyal
What’s New On Netflix: Ana De Armas’ 'Blonde' & A Nick Kroll Special
By Arya Roshanian
Tyra Banks Flubbed The Name Of Charli D’Amelio’s Boyfriend On 'DWTS' Bond Night
By Jake Viswanath
'The Bachelor's Peter Weber & Kelley Flanagan Are Reportedly Back Together
By Grace Wehniainen
Get Even More From Bustle — Sign Up For The Newsletter