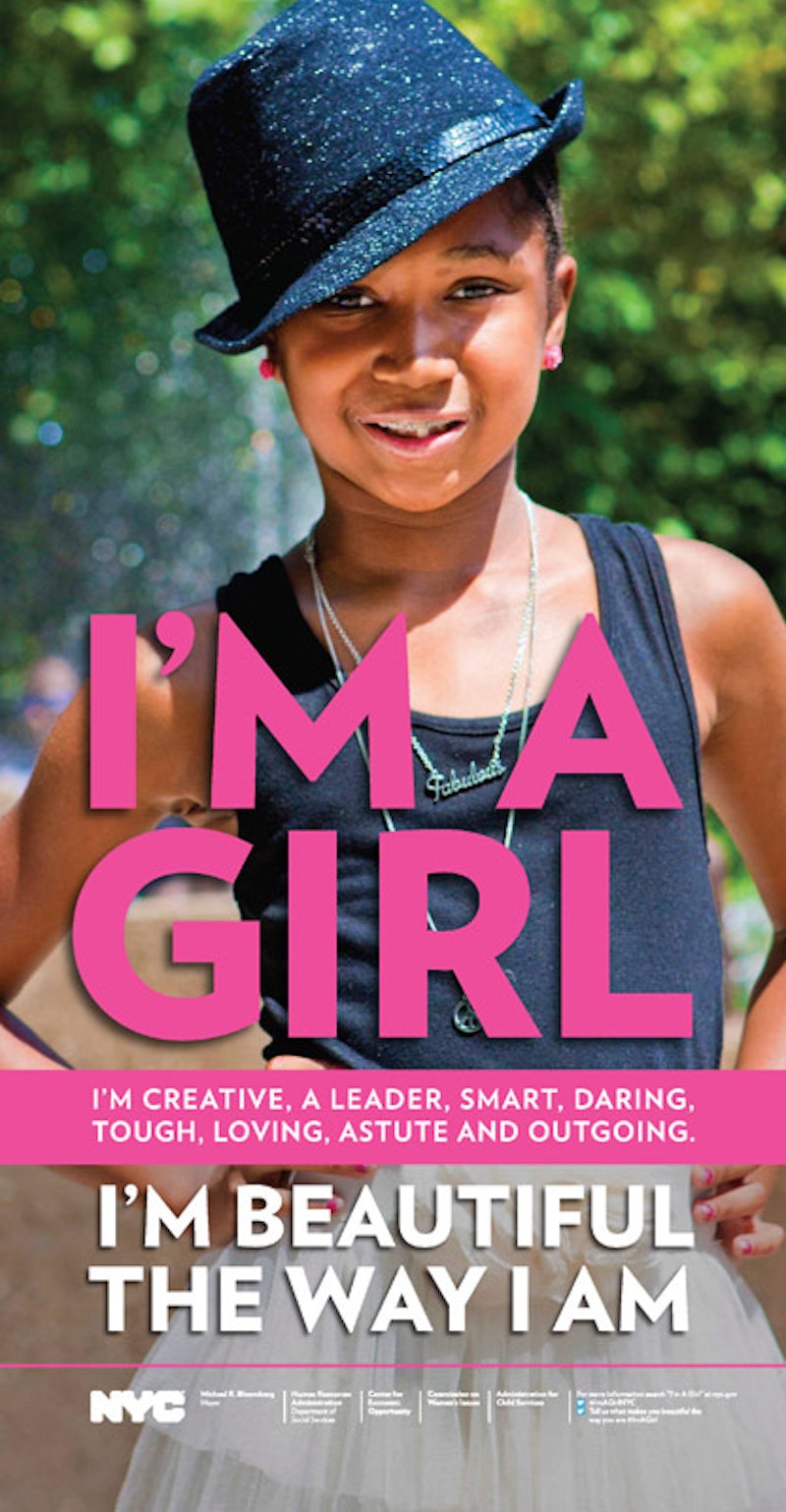 Bloomberg has a new campaign to unleash on the city of New York, and this one is actually kind of…cool. Unlike his shaming anti-teen-pregnancy posters, this campaign, aimed at promoting self-esteem in middle- and elementary-school girls, is quite positive. The posters feature girls and young women of all races and body types with the text: “I’m a Girl. I’m Beautiful the Way I Am.”

Whether or not such a campaign can truly be effective is debatable, but it’s nice to see Bloomberg trying to build people up rather than scare them. It’s even hard to be upset about the beauty focus of the message since the posters also list a series of non-physical attributes about each girl, ranging from “clever” to “sporty” to “funny” to “adventurous.”

There definitely could stand to be a few more overweight girls, given how much more likely heavy girls are to have self-esteem issues, but I suppose that might run counter to Bloomberg’s hard line on trans fat and soda in the name of lowering obesity. In fact, a campaign that comes from Bloomberg and promotes positive body image seems to come with an unspoken caveat — Feel good about your body! Unless you're fat, in which case I will try to police everything you put in your mouth.

Still, there are a couple big girls, and overall it’s a pretty cool campaign. Maybe it's telling that a campaign showing off images of happy, normal looking people is seen as remarkable, but that's another conversation.

Of course, one poster campaign is not going to change to massive underlying social factors that contribute to the low self esteem girls of all ages tend to experience. But still, it will hopefully help some young women to see positive images of people like them staring back from the subway ads for a change.

More like this
The 19 Best Tweets & Memes About Bisexual Awareness Week
By Lexi Inks
This Psychological Effect Might Be Keeping You From Hitting Your Goals
By Lexi Inks
How To Politely Reject Someone Who Keeps Asking You Out
By Laken Howard and Lexi Inks
Bustle Daily Newsletter: October 4, 2022
By Hayley Schueneman
Get Even More From Bustle — Sign Up For The Newsletter