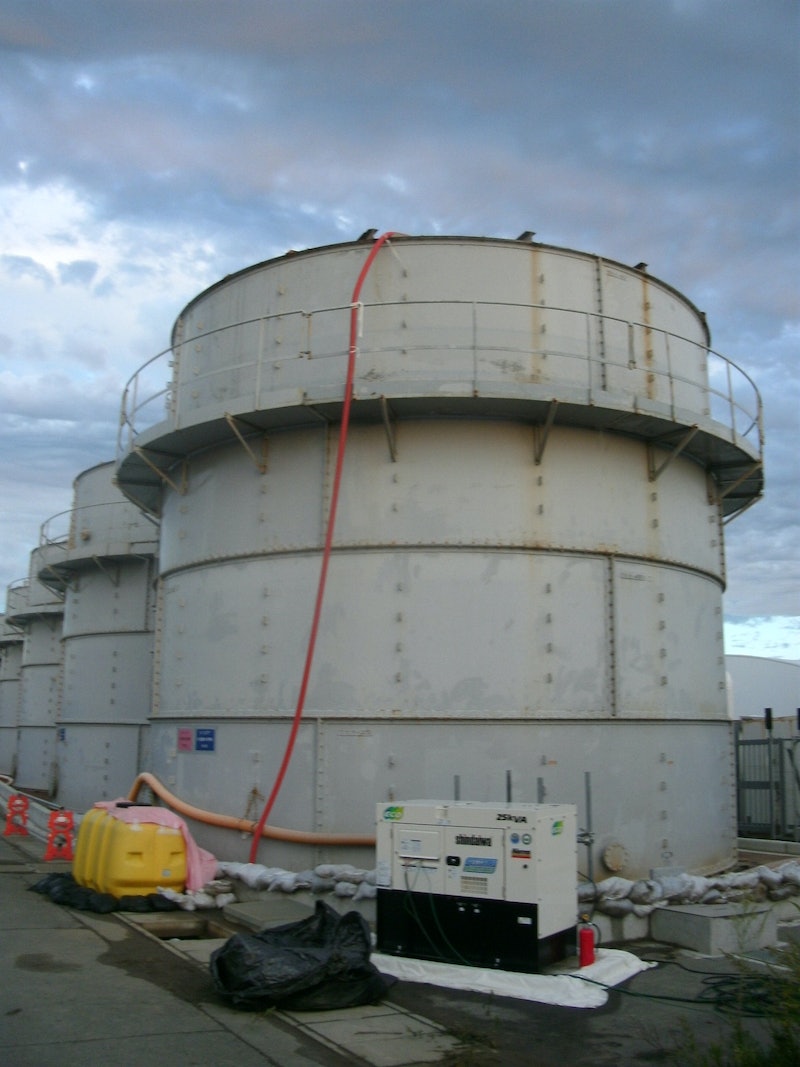 No one's surprised, but on Wednesday, workers at TEPCO's Fukushima plant announced that they'd found yet another leak in the tanks that hold radioactive water. A Tepco official made the announcement Thursday saying, "We would like to apologize that we have to announce that we've had another leak in our tanks today...This is partly because we've had to fill our tanks to the brim in order to deal with the difficult management of rain water overflow."

This go-around, about 430 liters of water that is more than 6,000 times as radioactive as legal limits leaked after workers overfilled a tank that did not have a capacity gauge on it. The tank was also apparently sitting on ground that was not level and slightly tilted towards the ocean.

"We could have, and should have, prevented the overflow," Ono said.

But really, that's just a drop in the bucket compared with the thousands of tons of radioactive water that the plant has leaked into the Pacific ocean since the tsunami and earthquake that wreaked havoc on the facility back in 2011.

The news of the new leak comes as the facility, and its operator, Tokyo Electric Power Co. are under increased scrutiny following a string of leaks and a failure to disclose the severity of the problems facing the crippled nuclear plant. The new leak revelation also comes days after Japanese fast-food chain owner Yoshinoya Holdings made the decision to start growing rice and vegetables on a farm that's just 60 miles away from the nuclear plant.

Japan's Chief Cabinet Secretary Yoshihide Suga said that thus far attempts to mend the leaks at the plant have been "insufficient" but pledged to work with Tepco to help prevent future leaks.