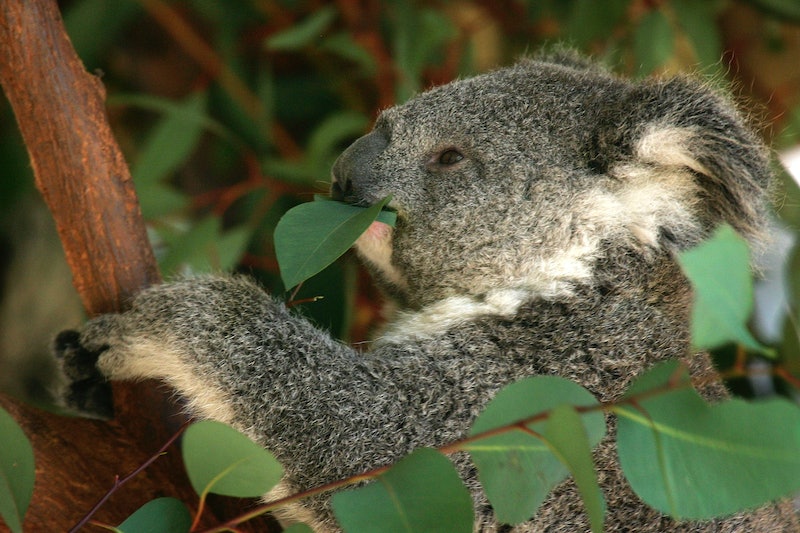 You know the environment isn't doing so well when new data shows that even the oceans are getting sicker. The news, besides being upsetting for those of us who like our ocean healthy, has deadly consequences for several species' survival. Scientists warned today in a State of the Oceans report that a "mass extinction of key species" might be "almost inevitable" due to the highest level of ocean acidity in 300 million years. (Oh, and we haven't even gotten to the koala bears yet.)

"This [acidification] is unprecedented in the Earth's known history," according to the International Program on the State of the Ocean report. "We are entering an unknown territory of marine ecosystem change, and exposing organisms to intolerable evolutionary pressure. The next mass extinction may have already begun."

The key cause of the acidity stems from CO2 emissions from burning fossil fuels, though overfishing and other forms of pollution are also contributing factors. What results is a "deadly trio" for the oceans: rising temperatures, de-oxygenated waters, and increased acidification.

"If the IPCC report was a wake-up call on climate change, IPSO is a deafening alarm bell on humanity's wider impacts on the global ocean," said Trevor Manuel, co-chair of the Global Ocean Commission and minister in the South African Presidency.

Recent research indicates that the dreaded jellyfish is thriving in the deoxygenated waters. Besides being a stinging annoyance, jellyfish also wreak havoc on ocean ecosystems, displacing penguins, killing salmon, and eating everything in sight to the detriment of other organisms.

Back on dry land, a new study shows that climate change we humans are causing also means the population of Australian koalas is likely to fall dramatically. The cuddly (but also occasionally vicious) creatures' only hope is for Australia to adjust its land management to counter the impacts of global change.

Scientists tracked 40 of the incredibly cute marsupials via GPS in New South Wales and confirmed that koalas really like shady trees in low-lying areas for chilling during the day, before moving on to eucalyptus trees for nocturnal feasting. But with temperatures and land-clearing in the region on the rise, scientists warned that "koalas are at heightened risk of heat stress, dehydration and eventual death" if their daybeds are chopped down.

Look at this little guy looking for his trees.

In some less-depressing environmental news, scientists have discovered more than 60 potentially new species in Suriname, including a chocolate-colored 'cocoa' frog and a type of dung beetle (whoop).

The scientists' three-week 2012 expedition was the modern version of Darwin's wander around the Galapagos and involved much canoeing through flooded forests and trekking in mountains.

Dr. Trond Larsen, one of the expedition's field biologists, said that the discovery of several new species of frogs was surprising, considering animals like koalas are disappearing in other parts of the world.

"With many frog species rapidly disappearing around the globe, we were surprised and uplifted to discover so many frogs potentially new to science, including a stunningly sleek 'cocoa' tree frog," Larsen said in a blog post.

So fewer koalas, but lots of frogs. This is what happens when we throw off the ecosystem.