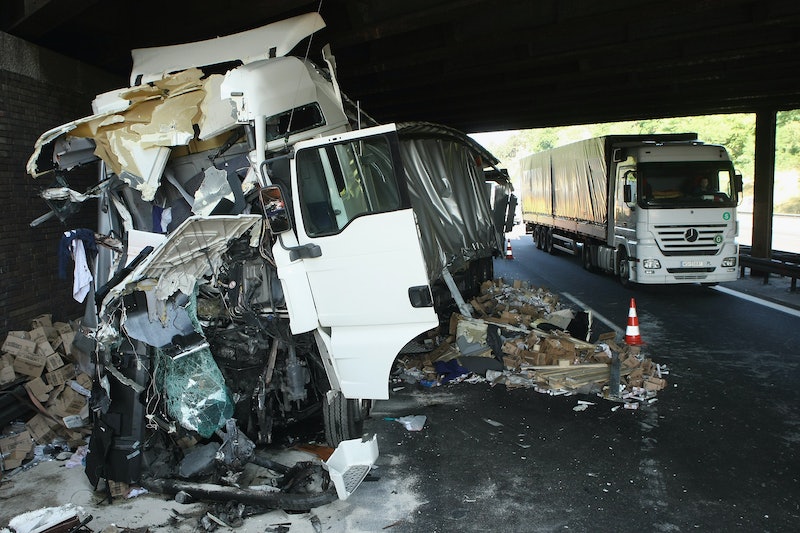 Eight people are dead after a collision between a passenger bus, SUV, and a tractor trailer on Tennessee's I-40. The crash occurred after the bus, carrying a church group of senior citizens from North Carolina, blew a tire and crossed the median, crashing into oncoming traffic about 30 miles outside of Knoxville Wednesday. Of the 18 people onboard the chartered bus, six were killed. The driver of the tractor-trailer the bus collided with and one person in the SUV were killed. At least fourteen other people were injured in the collision. According to reports from UT Medical Center, two people injured in the crash were listed in critical condition and seven were in serious condition as of Wednesday night.

The impact caused the bus to overturn and the tractor-trailer, which was carrying a load of paper towels, to catch on fire. Officials said that the fire caused significant damage, burning the big-rig beyond recognition.

According to reports from a Tennessee Highway Patrol official, some bodies were burned so badly that investigators will have to rely on dental records in order to identify the deceased.

"It is not very easy to discern who they are....The crash is so horrific," said Sgt. Bill Miller of the Tennessee Highway Patrol.

None of the identities of the deceased have so far been made public.

The bus was owned by Front Street Baptist Church in Statesville, North Carolina. The passengers onboard were headed home after attending an annual event called Fall Jubilee in Gatlinburg, Tenn.

"We are devastated and just ask for the people to be praying," said Dionne Stutts, the wife of the church's senior pastor, Tim Stutts. Front Street Baptist Church has about 375 members.