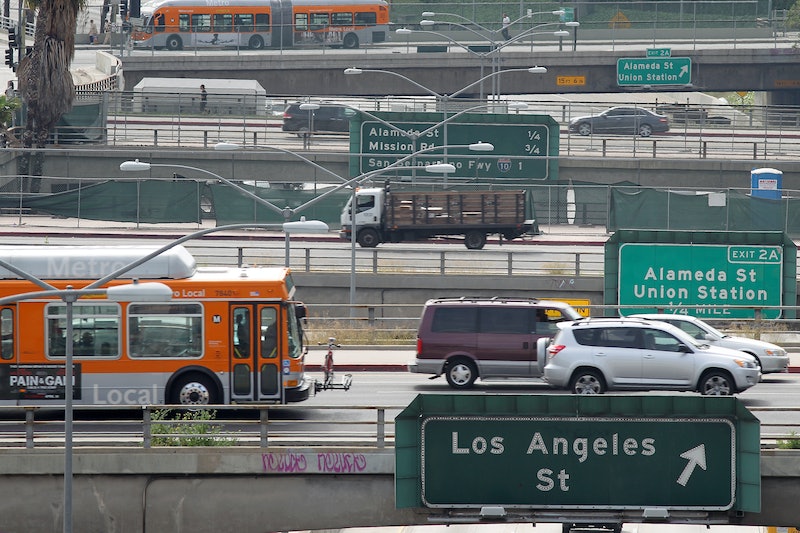 With a wave of his magic pen, Gov. Jerry Brown signed a bill Thursday granting California's undocumented immigrants the ability to apply for driver's licenses. The bill will allow an estimated 1.4 million undocumented immigrants in California to drive legally, according to California Department of Motor Vehicle's estimates. Their licenses will carry the designation that the ID is for motoring purposes only: It won't serve as documentation for getting public benefits, employment, or voting.

The bill, AB60, was a surprise victory for immigration reform activists. AB60 almost didn't make it through the Senate's final legislative session. Instead, it was tabled for next year's session due to opposition from anti-immigration activists and was "left for dead" until the last hours of the session. But Latino senators led the charge to revive it, saying that the need to license undocumented people in California to drive took precedence over quibbles about what the license should look like. The bill wound up passing the Assembly with a vote of 55-19.

"This bill will enable millions of people to get to work safely and legally," Brown said in the statement. "Hopefully, it will send a message to Washington that immigration reform is long past due."