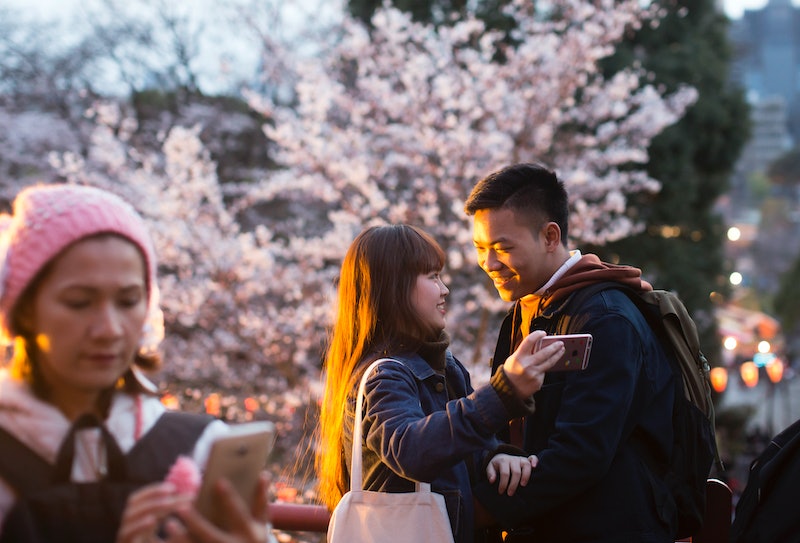 In the most recent chapter in the twisted how to be paranoid about your boyfriend's every move saga, a new study reveals that the way people talks varies depending on whether they're talking to someone they find attractive or not. The study, led by Albright College associate professor of psychology Susan Hughes, Ph.D., found that both men and women change their voices when speaking to lovers. Apparently, these changes are so obvious that we should easily be able to detect them, and, as a result, figure out when our partner is cheating.

The study, published in this month in the Journal of Nonverbal Behavior, is actually, I kid you not, called "People Will Know We Are in Love: Evidence of Differences Between Vocal Samples Directed Toward Lovers and Friends."

24 participants were recruited for the study. The participants, all newly in love, were asked to call their partner and a same-sex friend. In each situation, the callers led the conversation, asking "How are you?" and "What are you doing?" Researchers then played the recording to 80 independent raters who judged the voices to determine sexiness, pleasantness, and degree of romantic interest. For most clips, raters were able to successfully identity whether the caller was talking to their friend or lover.

Did we really need a study to tell us this? All I'm hearing as I write are echoes of women laughing sultry laughs, men deepening their voices, and couples slipping into the ever-annoying baby talk voice. Talking to, say, your best friend in the same flirtatious manner with which you may sometimes address your mate would just be weird. It's also unclear whether this study argues your voices changes when you simply wish you were sleeping with someone versus when you actually are. Because let's be real, we'll probably all sound sexier when we're talking to someone we find attractive, whether we're single or not. It's all fine and dandy to scientifically confirm how hopeless we are at hiding our crushes, but let's just hope Cosmo doesn't get their hands on this study. A sexy voice does not a cheater make.

More like this
The Differences Between Kinks & Fetishes, Explained
By Lexi Inks
Wanna Try Hinge's New Video Prompt Feature? Here Are 7 Tips
By Lexi Inks
6 Dating App Tips To Try If You're Looking For A Serious Relationship
By Lexi Inks
Breeding Kinks Have Been On The Rise Since Roe V. Wade Got Overturned
By Lexi Inks
Get Even More From Bustle — Sign Up For The Newsletter